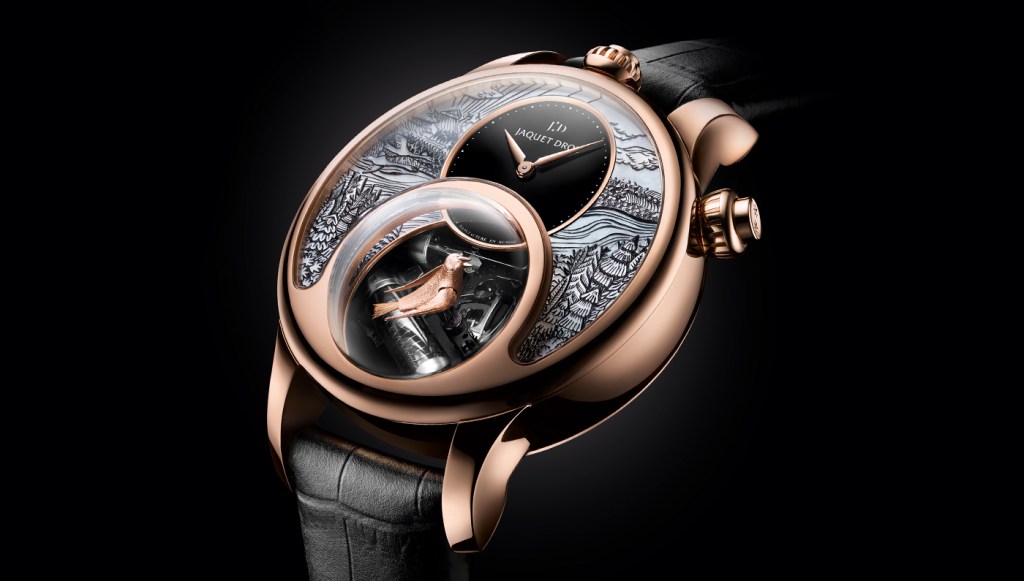 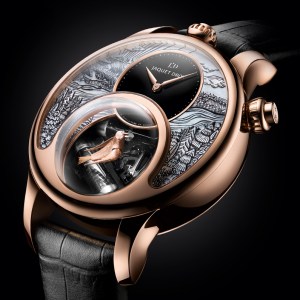 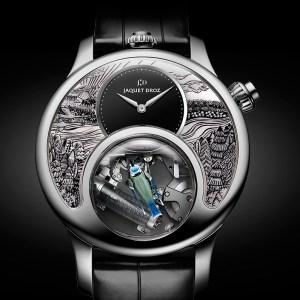 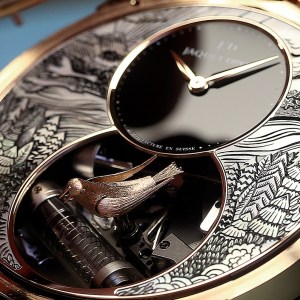 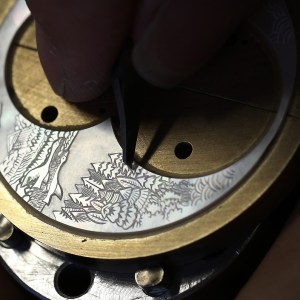 Hi-tech horology pairs with an artistic tradition from the Age of Enlightenment in the new variations of the Jaquet Droz Charming Bird. The watches are the latest release in a limited-edition line introduced by the manufacture in 2013—one that featured the first complication of its kind ever produced for a wristwatch, an avian automata that sings.

The colored bird is perched under a sapphire-crystal dome dominating the lower half of the face. When activated by a pusher at 2 o’clock, the singular serenader begins to twirl and chirp in a variety of tones. Responsible for the realistic refrain are three tiny sapphire-crystal tubes (visible as part of the semi-skeletonized mechanism) that store and transport air compressed by carbon pistons, the varying speed of which help determine the birdsong’s pitch.

Setting apart this most recent iteration is the decorative dial dressed in mother-of-pearl. The precious material has been engraved and hand-painted with a tableau of the Swiss countryside that borders the upper subdial, which displays the hour and minute hands against a black onyx backdrop. Also innovative is the watch’s self-winding movement featuring a regulator that relies on magnetic repulsion to prohibit contact between the metallic componentry.

Available in either a red- or white-gold case, only eight examples of each watch will be made, each priced at $430,500. (jaquet-droz.com)