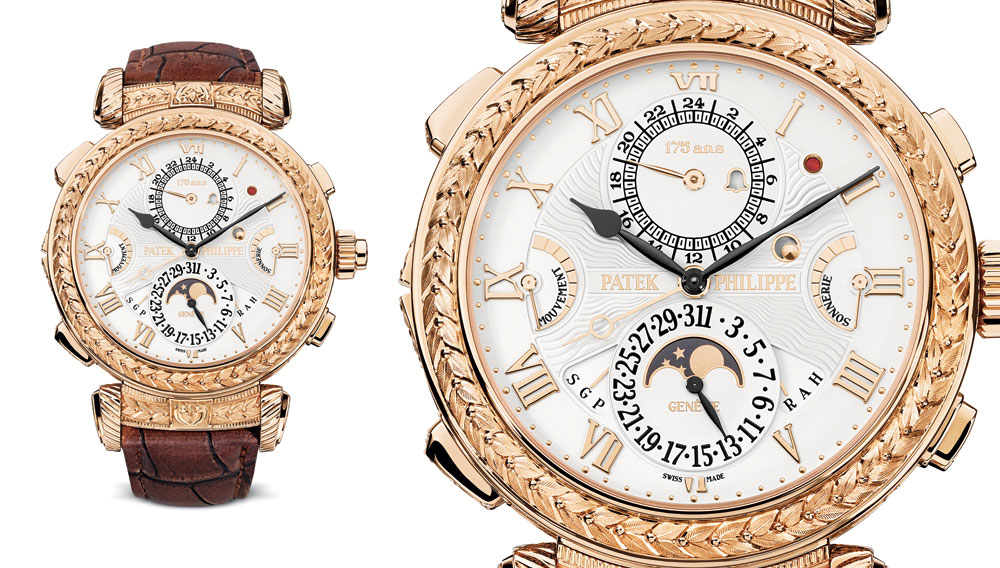 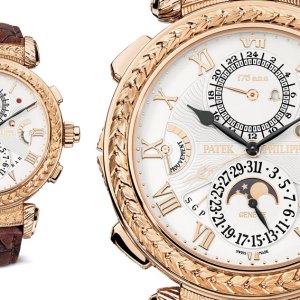 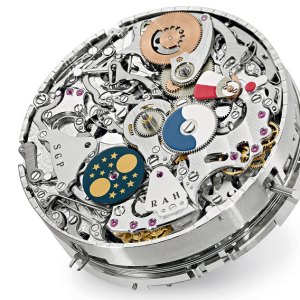 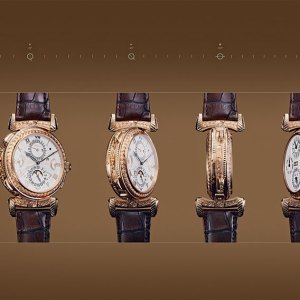 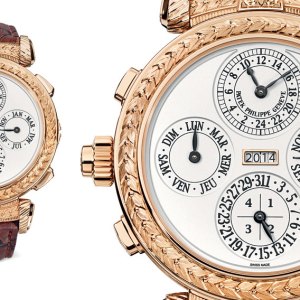 Patek Philippe marks 175 years with its most sophisticated wristwatch yet.

Thierry Stern, president of the Geneva-based watch manufacturer Patek Philippe, bristles when he recalls the discouraging words he once heard as a trainee at the company he now runs. “They told me, ‘Good luck. Everything has been done before, and you will never do better,’ ” he says. “It still makes me angry, but ever since then, I have had no fear about design.”

Stern is undoubtedly aware that watch-industry observers will keenly gauge the new pieces Patek Philippe introduces in celebration of its 175th anniversary. Their degree of approval will serve not merely as a measure of their faith in his personal design acumen but also as an appraisal of the company’s success in transitioning from the leadership of one generation to the next. After all, Stern’s father, Philippe, dazzled watch aficionados when he introduced the world’s most complicated timepiece, the Calibre 89, for the brand’s last major anniversary 25 years ago.

While the Reference 5175 Grandmaster Chime—the most important timepiece in the anniversary collection—lacks the headline-generating potential of its predecessor, the wristwatch (the company’s most complicated to date) is nonetheless a major feat of contemporary watchmaking for more reasons than just its staggering 1,366 parts. While some might be tempted to view this model as representative of Patek Philippe during the Thierry Stern era, the Grandmaster Chime in reality exemplifies the continuity between generations of management, which has preserved the smooth functioning of the company’s technical and creative resources and enabled it to build the most sophisticated and efficient chiming watch ever produced.

“When we started eight years ago, my father gave us the direction that it should be a grande sonnerie wristwatch, which we had never done before, and that it should be thin and wearable,” explains Stern, who succeeded his father in 2009. “After that, the watch evolved in our weekly meetings with the technical team.”

In addition to the minute repeater and the grande sonnerie, Patek Philippe’s team of developers considered including an alarm function among the watch’s complications. Philippe Barat, the company’s head of research and development, wanted to use the same gongs as the sonnerie and minute-repeater mechanisms for this purpose, but his scheme proved unwieldy for conventional movement architecture. Eventually, however, the team struck on a novel idea that simultaneously solved most of the problems posed by housing multiple chiming systems in the same watch. The designers conceived a moving differential that selectively applies power to the different mechanisms, eliminating redundant parts and facilitating the development of a safety system to prevent damage when the owner engages multiple systems concurrently. This arrangement also enabled the team to add a new date-repeater function at Thierry Stern’s urging. The watch relays its acoustic information through different sequences of its three gongs, whose sound—as one would expect from Patek Philippe repeaters—is robust and well tuned.

Just six Grandmaster Chimes (approximately $2.6 million each) will be offered for sale to a select group of longtime Patek Philippe collectors. The double-sided case, which reverses via rotating and latching devices, is adorned with baroque engraving, as was the most recent version of the company’s Sky Moon Tourbillon. Despite this departure from Patek Philippe’s normally reserved style, the technical qualities of the movement are squarely in line with the company’s long-standing leadership in complicated watches. “We have managed to create a movement with the same dimensions as the Sky Moon Tourbillon, but with double the number of parts,” notes Barat. “It is truly a smart watch.”