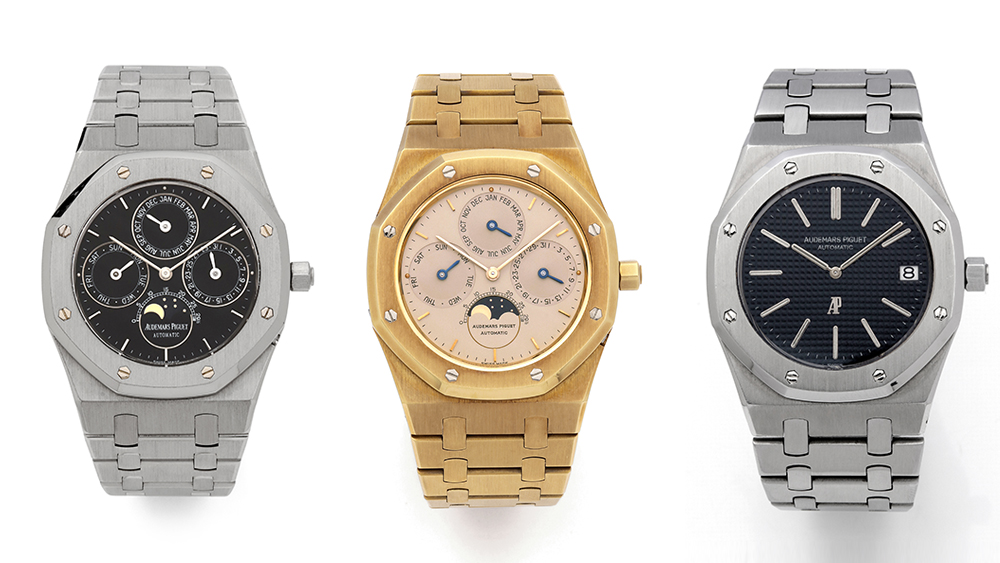 In anticipation of the Royal Oaks’ 50th anniversary, the auction house’s “Important Modern & Vintage Timepieces” event will offer three grail-worthy examples of the highly coveted reference. Collectors will be invited to view and place bids on the trio which includes two perpetual calendar models and one “unmarked“ steel version with a black tapisserie dial. Estimates for the models ranges from €80,000 to €200,000. If all three sell for their high estimates, the sales could total $597,000 at current exchange. 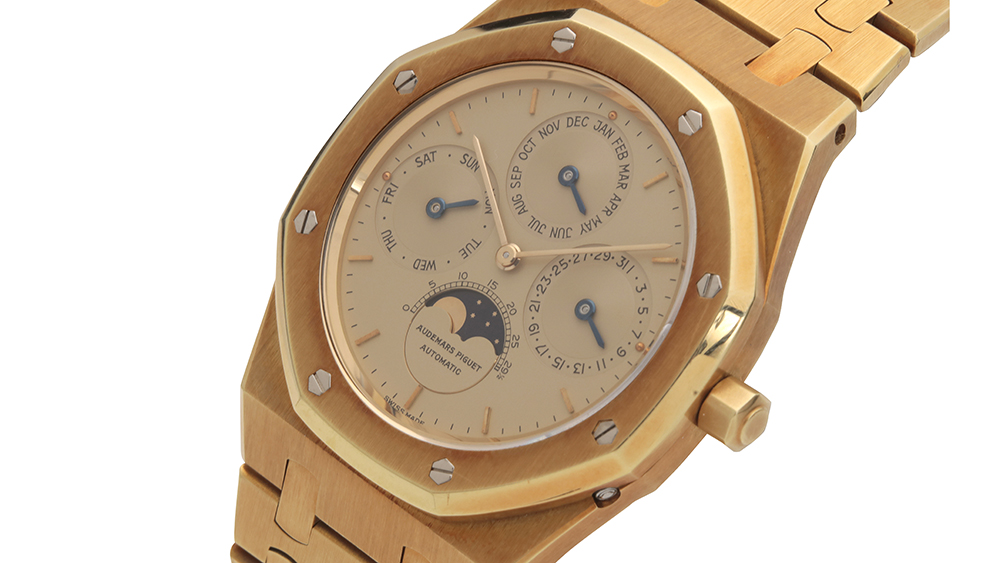 Lots 431 and 432 showcase the perpetual calendars. One model is made of 18 karat yellow gold with a standout gold dial (Lot 431), while the other is made from stainless steel with a black dial (Lot 432). Each perpetual calendar comes with a and a watch winding box. The latter also comes with index cards to help buyers understand the phases of the moon—which is a feature present on both models at the 6 o’clock mark.

As for the third Royal Oak of the trio, collectors will find a host of unique features that make this “unmarked” steel model practically one-of-a-kind. Apart from its sleek black dial, this model (numbered 344) is said to have been produced in between series A and B in 1976. (The Royal Oak was originally produced in completed series of A, B, C and so on.) The unique timepiece also corresponds to the 1972 design by Gerald Genta. Consigned from its original owner, with all the original papers, this is the first time the unmarked example has appeared on auction.

The Royal Oak was launched in 1972 after Gerald Genta delivered his innovative design for a stainless steel sports watch to Audemars Piguet. The designer took inspiration from vintage diving helmets—which were screwed in to remain attached to the rest of the suit—and he applied this concept to the visible screws seen on the watch’s octagonal bezel and integrated bracelet. Fast-forward five decades and the luxury sports watch has taken numerous forms, from a time-only watch to examples with openworked dials that reveal tourbillon movements. 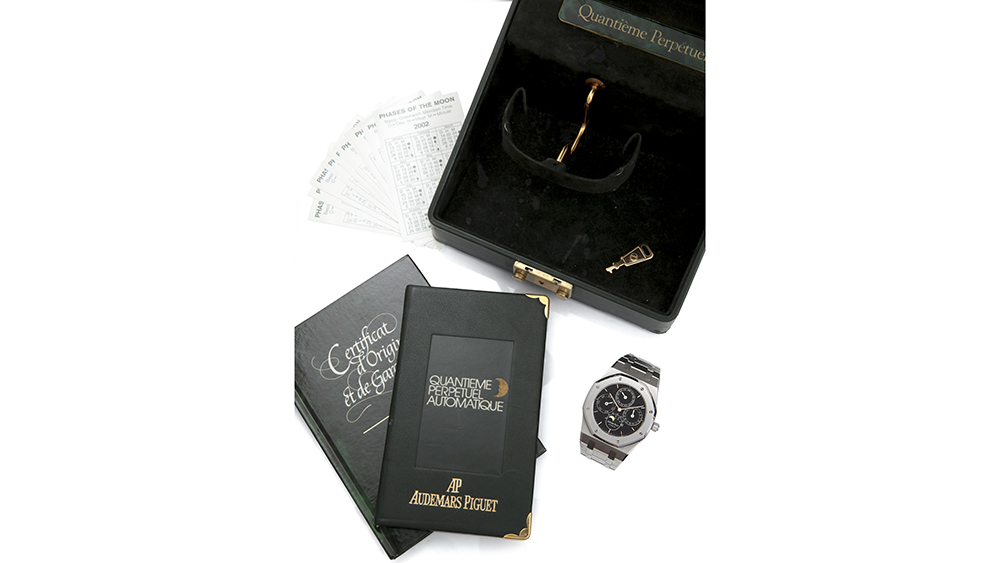 The box and papers that come with Lot 432.  Antiquorum

“In addition to the rich history of the Royal Oak, the connection to Monaco runs deep,” said Romain Réa, Antiquorum’s CEO, in a statement. “Genta had lived in Monaco for several years and his wife, Evelyne–who had worked with him on his eponymous brand for many years–was also the UK Ambassador to Monaco!”

For more information on the “Important Modern & Vintage Timepieces” event, head over to the Antiquorum website for details.