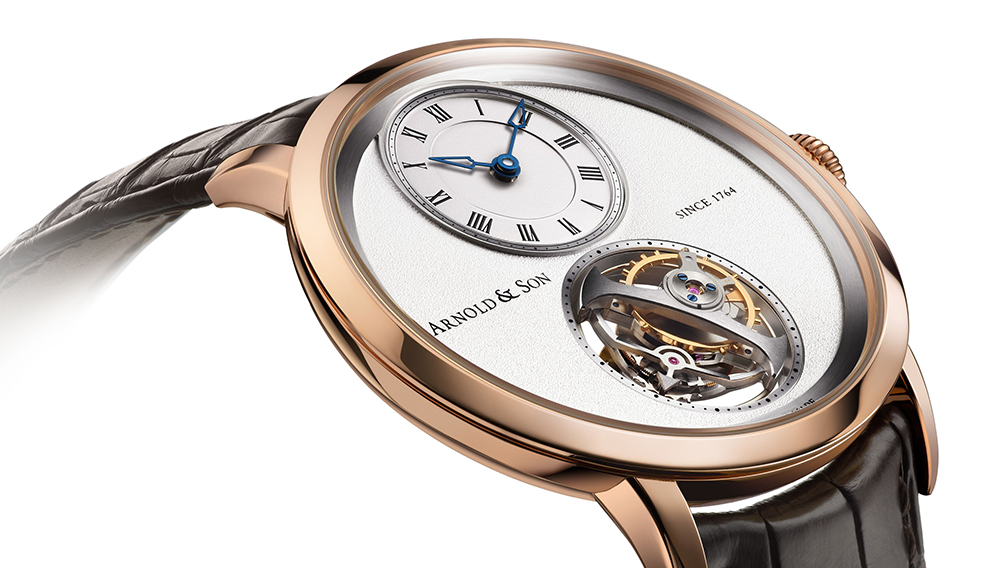 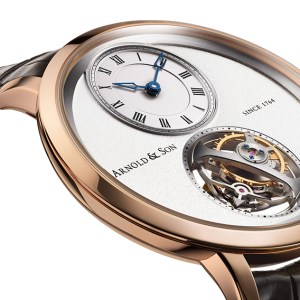 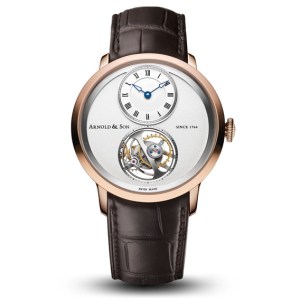 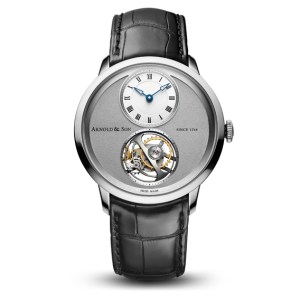 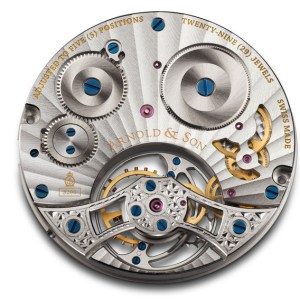 This month, the Swiss watchmaker Arnold and Son revealed two new style variations for its ultrathin Instrument Collection UTTE series—which was first introduced at last year’s Baselworld watch and jewelry show. Developed over the course of many years, the watches of the UTTE series (whose name is an acronym for “ultrathin tourbillon escapement”) feature a flying tourbillon movement that measures just 2.97 mm thick—making them some of the thinnest tourbillon watches on the market.

The two recent additions to the UTTE collection feature a new opaline dial design finished in either light gray or silvery white and paired with a case in palladium ($64,200) or red gold ($73,900), respectively. The watches’ blued-steel minutes and hours hands display the time on a subdial positioned above the tourbillon—ensuring that the view of the complication is never obscured by the timekeeping display. Though the movement is extremely thin, the tourbillon has the appearance of depth thanks to its rounded bridge, which rises above the surface of the dial to the same level as the timekeeping hands.

The ultrathin UTTE movement, which is visible through the watches’ back crystal, is finished with the traditional, straight Côtes de Genève pattern on the palladium watch, while Côtes de Genève rayonnantes seems to emanate from its tourbillon on the red-gold version. The watches’ back crystals also reveal two large barrels, which keep the timepieces running for 90 hours between windings. (www.arnoldandson.com)