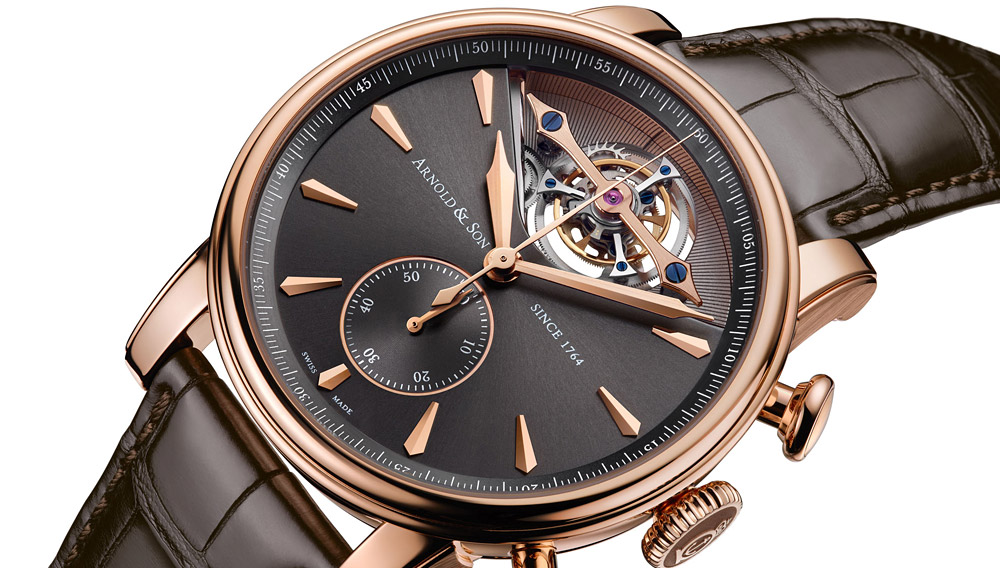 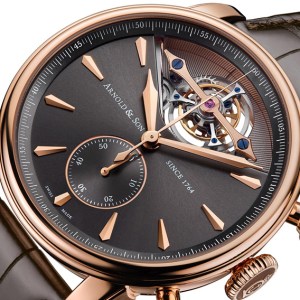 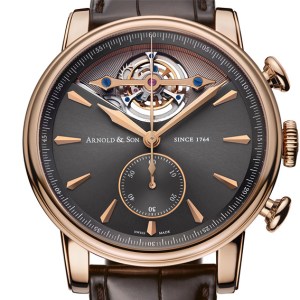 Some 250 years ago, John Arnold became the favored watchmaker of the British royal court when he presented King George II with a ring less than 1 inch in diameter that kept time and also functioned as a minute repeater. This machine, along with the other timepieces that Arnold produced for members of the court, inspires the Arnold and Son Royal Collection, which saw its most recent addition with the debut of the Arnold and Son TEC1 tourbillon.

Just the third tourbillon watch to be released by the brand, the $99,050 TEC1 is also its first high-frequency tourbillon watch, operating at 4 Hz, or 28,800 vibrations per hour. The watch’s understated dial is crafted from anthracite and dominated in its upper half by an aperture that reveals the tourbillon cage. The two pushers on the timepiece’s 18-karat-red-gold case operate its chronograph, which is displayed via the central seconds hand and a separate 60-minute dial found on the lower half of the watch. A crystal on the back of the case reveals the movement, which is finished with Arnold and Son’s raylike variation on the traditional Côtes de Genève motif. Also visible is the chronograph’s column wheel, which resembles a small castle turret, and the automatic movement’s 22-karat-red-gold skeletonized rotor—touches that can be appreciated by royalty and commoner alike. (www.arnoldandson.com)