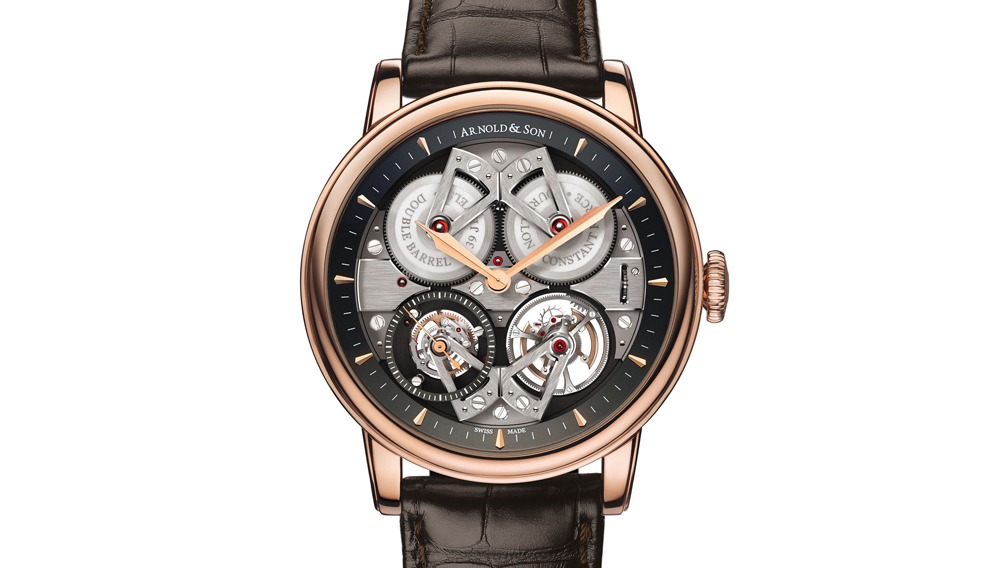 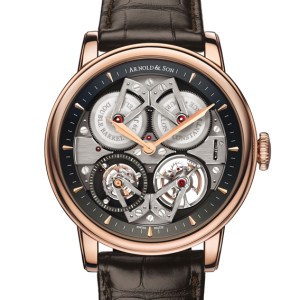 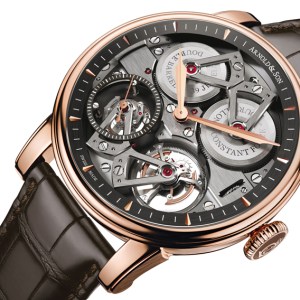 Striving for the utmost in timekeeping precision, Arnold & Son’s new Constant Force Tourbillon is designed to eliminate inaccuracies introduced by variances in the power that is supplied to the regulator as the mainspring winds down. To accomplish this, the watch is equipped with two barrels; one supplies power to the gear train, while the other supplements the power of the main barrel if its torque output drops below optimal levels. Rather than sacrifice precision, the watch will stop operation if power from the mainspring drops to a level that would compromise precision.

In a visually pleasing counterbalance to the double mainsprings, the lower half of the dial is occupied by the tourbillon, alongside a rotating second hairspring that feeds consistent power to the regulator. This hairspring also powers the watch’s true-beat seconds function—a signature feature of Arnold & Son watches—wherein the seconds hand visibly ticks off the passage of each second instead of constantly and smoothly rotating.

The Constant Force Tourbillon will be limited to 28 examples; it is priced at $197,500. (arnoldandson.com)