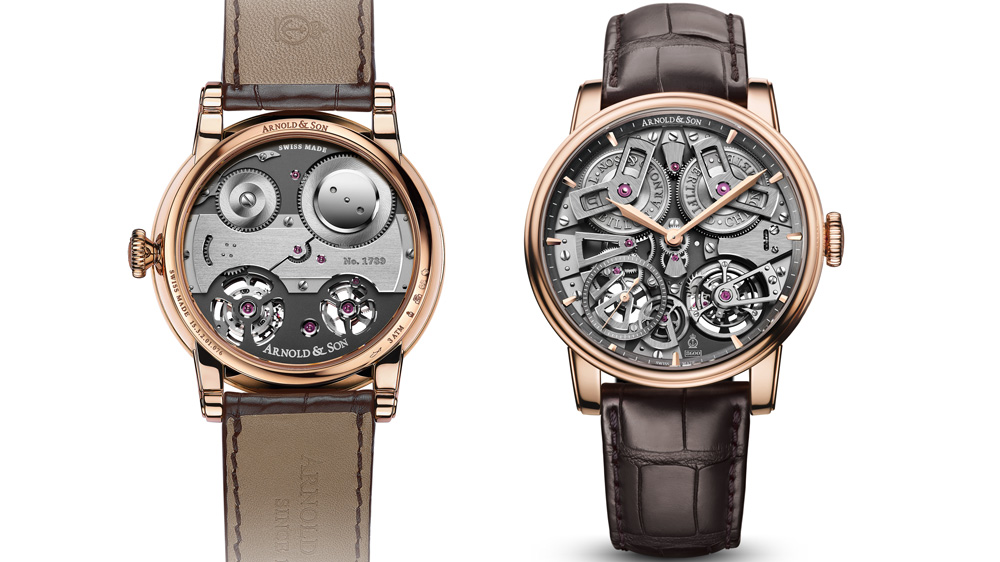 Modern-day watch buyers take precision for granted, but 240 years ago, when the British watchmaker John Arnold unveiled his seminal Chronometer No. 1/36, accuracy in a timekeeping instrument was, at best, accidental.

Since then, Arnold—lauded in the history books both for his precise pocket watch and for coining the phrase “chronometer”—has been lionized by the contemporary Swiss-made brand Arnold & Son, which not only borrows his name, but also honors the 240th anniversary of his “Arnold 36” this year with two tribute models of the Tourbillon Chronometer No. 36.

The 2018 models hearken back to the pocket watch John Arnold created in 1778, his first incorporating a larger movement with his compensation “T” balance. The 22-karat-gold timepiece was unlike any other watch available at the time due to its superior chronometry, thus signaling the start of a new era in precision timekeeping. (Arnold’s use of the term “chronometer” in a 1780 pamphlet promoting his pocket watch is considered the first use of the term.)

At the heart of the tribute models is a one-minute tourbillon featuring Arnold & Son’s signature three-spoke design. Suspended from a skeletonized and mirror-polished top bridge, the tourbillon, which weighs a few fractions of a gram, is prominently positioned on the dial side and easily viewed from the back, thanks to an opening in the main plate.

The brand has lavished the model, whose A&S8600 movement has been entirely conceived and manufactured in-house, with decorative elements befitting its haute horlogerie status. The timepiece’s decorative features include a lightly grained, sandblasted main plate, satin-brushed bridges with chamfered and polished edges, a main plate set with mirror-polished 18-karat-white-gold chatons, gear train wheels embellished with circular satin finishing and chamfered and polished edges, and, last but not least, beveled screws with mirror-polished heads.