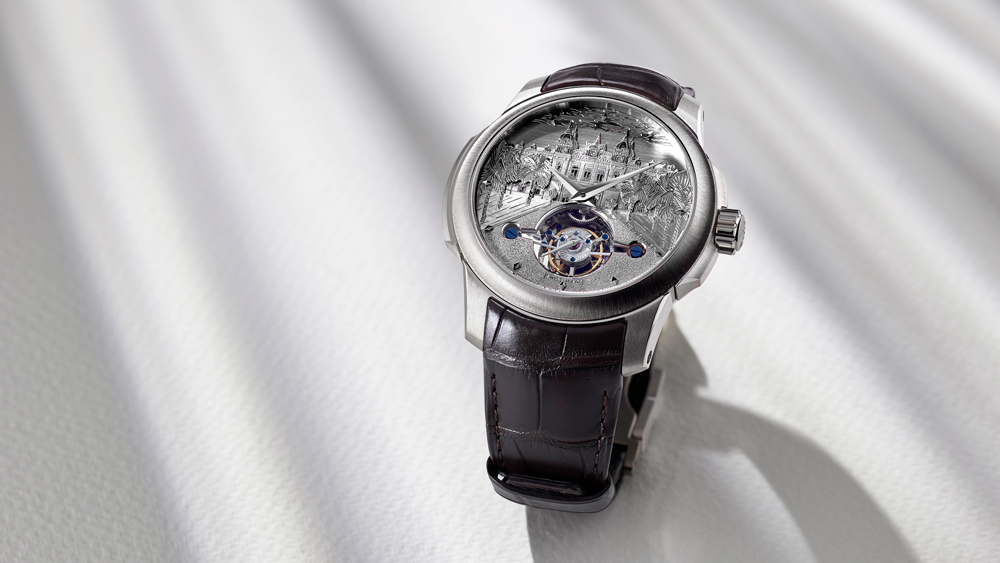 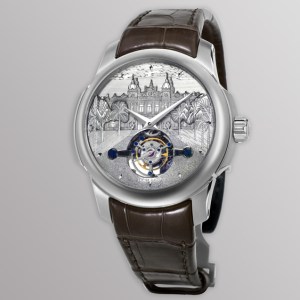 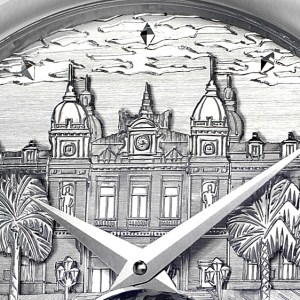 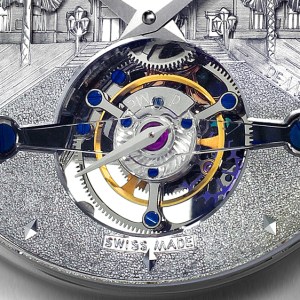 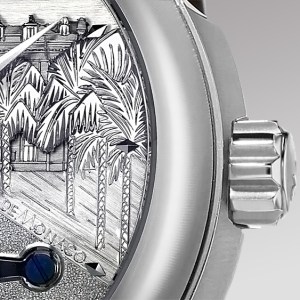 Although Atelier deMonaco moved its headquarters from its namesake principality on the French Riviera to Geneva in 2015, just so it could submit its pieces for the prestigious Poicon de Genève (Geneva Seal) certification, the boutique watch firm clearly still has a soft spot for its original home. In addition to opening its very first boutique at the Hotel Hermitage Monte Carlo earlier this year, the brand recently debuted a new, unique watch that pays tribute to the famed Casino de Monte-Carlo.

Built around the company’s high-precision XP1 automatic tourbillon movement, the Tourbillon Casino de Monte-Carlo honors the Monaco landmark with an intricate engraving of the casino’s façade on the dial. The 18-karat white-gold dial was constructed from three superimposed plates representing the foreground, middle ground, and background of the image.

The firm’s master engraver decorated the top layer with the avenue, rows of palm trees, and stairs leading to the casino. The middle layer depicts the belle époque architectural masterpiece itself in intricate detail, from its regal statues to the spires of its two iconic domes. Peeking through the top portion of the dial, the final layer presents a cloud-filled skyscape.

Located in the lower-center portion of the scene, where the hotel’s fountain would be, a large aperture reveals the tourbillon cage and the transparent sapphire bridge supporting it. The proprietary tourbillon is touted for its precision and ensures the watch loses no more than 2 seconds in a 24-hour period.

A nice final visual nod to Atelier deMonaco’s heritage, the dauphine hands of the 44 mm white-gold Tourbillon Casino de Monte Carlo ($154,700) point to lozenge-shaped hour indices reminiscent of the diamond pattern on the crest of Monaco.