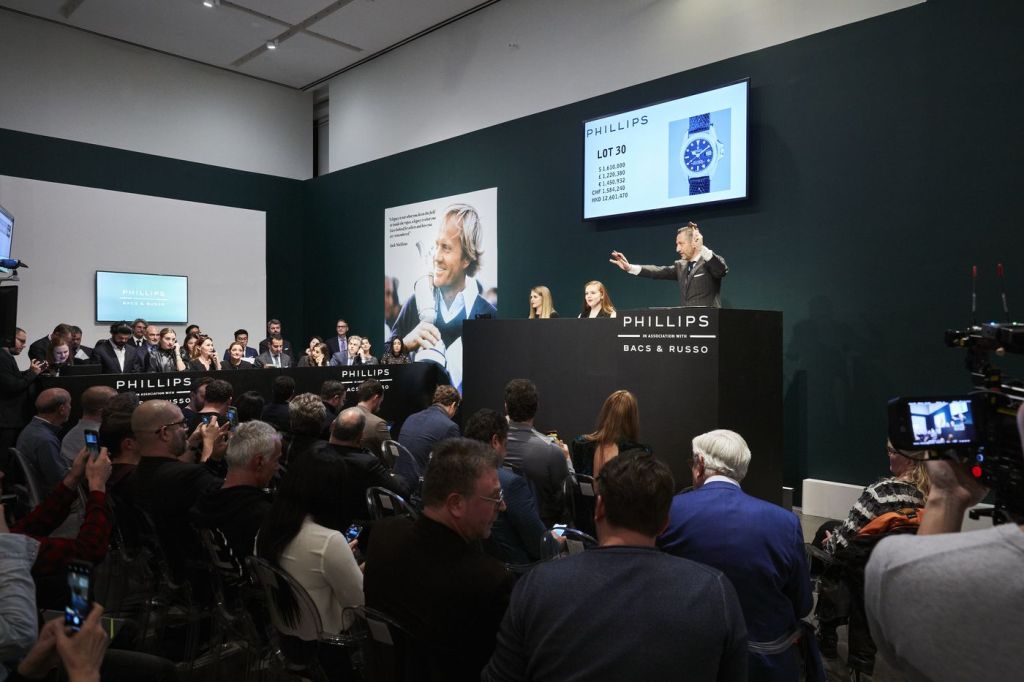 A new year may be upon us but we are still feeling the wake of 2019, especially when it comes to some of last year’s staggering auction totals. One such statistic comes from Phillips which managed to move a whopping $111 million of watches alone over the past twelve months.

With a dozen watches selling for over a $1 million dollars a piece (five of which were Rolexes) to buyers everywhere from New York to Hong Kong, a new report of the annual sales achieved by Phillips in association with Bacs & Russo details how large a part watches play in the auction house’s bottom line.

Phillips has proven savvy in diversifying its operations, specifically by opening up channels other than the traditional venue to lure potential bidders and focusing on independent watchmakers. Online registrations for bidding increased 80 percent from 2018 with participants hailing from 75 different countries. That same group of bidders placed bids on 87 percent of the lots available. And, if the results are any clue, the plan is working with the company earning a superb 96 percent sell-through rate.

The digital offering proved so successful that it led to the setting of another record: the highest price paid for a watch during an online auction. That gold Patek Philippe Ref.2499 signed “Trucchi” ended up fetching $1.6 million.

“From inspiring the ways in which watch enthusiasts are able to grow their collections to championing independent watchmakers, we continue to strive to be innovators while remaining committed to offering highest quality timepieces and outstanding client service within the ever-evolving landscape of watch collecting,” said Aurel Bacs and Livia Russo in a joint statement to Forbes.

Of course, the strength of its digital arm doesn’t mean Phillips relaxed its efforts to attract customers in the real world. The auction house has opened Phillips Perpetual, a dedicated boutique in its headquarters, a first for the company, with an accompanying web-based platform. The brick-and-mortar space serves as a gathering place for exclusive events and a more private way for those who pass through to peruse the merchandise.

Regardless of the platform, there’s no denying that the auction house has 111 million reasons to celebrate the past year.