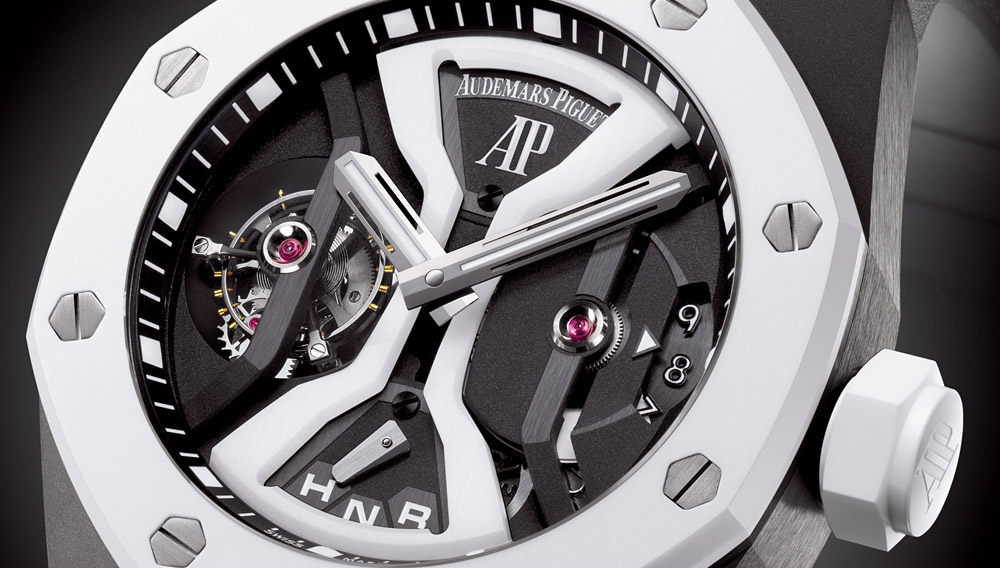 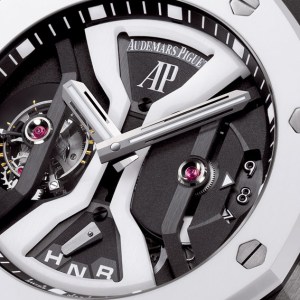 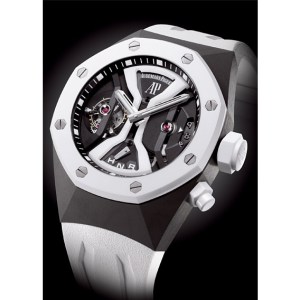 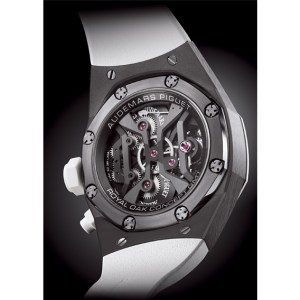 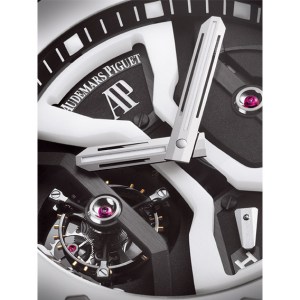 While the original Royal Oak was the first luxury wristwatch to employ a stainless-steel case, the Royal Oak Concept line has made the use of advanced materials, like carbon composites and alacrite, one of its hallmarks. The new Concept GMT Tourbillon continues this tradition with a bezel, push-piece, crown, and upper bridge fashioned entirely from white ceramic, which provides a striking contrast with its dark titanium case. Because ceramic is nine times as strong as steel and can only be cut using diamonds, the material proved challenging to work with. Normally, it takes Audemars Piguet’s artisans 45 minutes to craft a steel bezel, but the Concept GMT Tourbillon’s bezel takes more than 10 times as long. The end result is a watch that is incredibly resistant to wear and tear.

Traditionally, GMT watches are equipped with an additional hour hand that indicates the time in another part of the world using a 24-hour scale to inform the wearer whether it is night or day in the tracked time zone. The Concept GMT Tourbillon, by contrast, tracks its second time zone on a 12-hour scale by employing two disks visible through an aperture at 3 o’clock. The first disk is inscribed with numerals and rotates once every 12 hours, while the second disk, which is visible beneath the first, is half black and half white and rotates once every 24 hours, indicating whether it is day or night by which color is visible.

The watch’s hand-wound movement is powered by Audemars Piguet’s proprietary twin-barrel system, which provides an impressive 10-day power reserve. With its generous 44 mm diameter and vibrant white highlights, the Concept GMT Tourbillon—priced at $202,100—is sure to attract attention. (www.audemarspiguet.com)