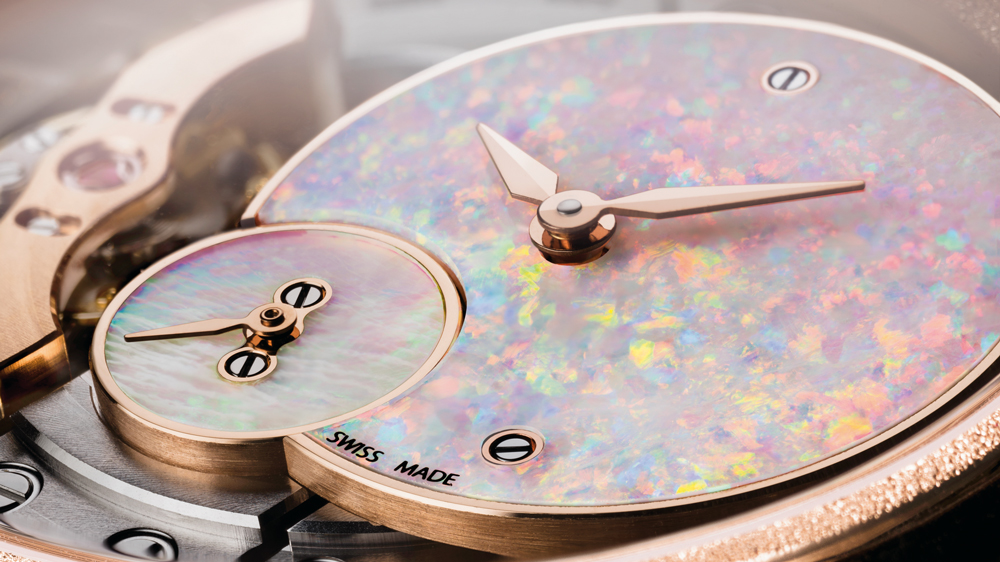 The women’s counterpart to one of the most iconic men’s collections of all time, the Audemars Piguet Millenary has always had big shoes to fill. It has managed to dodge the shadow cast by the ubiquitous Royal Oak by dressing up—usually with diamonds, but also with enamel, marquetry, engraving, and other metiers.

While the Royal Oak is considered the first luxury sports watch, the Millenary, by way of differentiation, is the opposite of sporty. First introduced in 1995 and last updated in 2015, it serves as a showcase for watchmaking’s decorative arts, while at the same time exuding a technical flair with its partially openwork dial.

At the Salon International de la Haute Horlogerie (SIHH) next month, Audemars Piguet will launch three new models in the Millenary lineup, including two all-gold versions set with diamonds and a version with a “frosted gold” finish. The 18-karat white- or pink-gold versions are finished like fine jewelry, with diamonds set into the lugs and bezel, and feature a handcrafted bracelet could stand alone as a piece of jewelry. 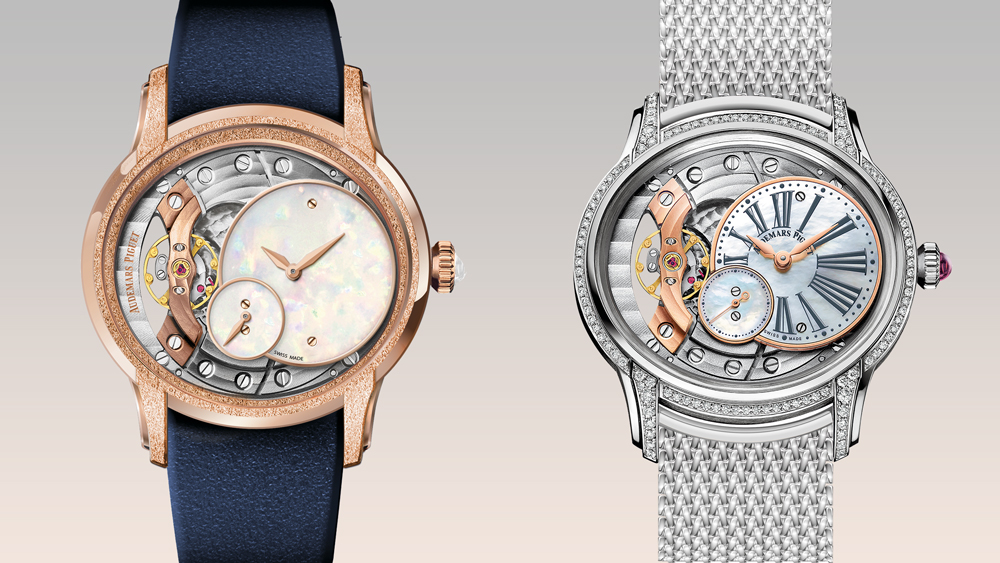 A variation on the Milanese mesh style, the bracelet is made by braiding gold threads in a right-over-left pattern rather than in the same direction, the way a traditional Milanese bracelet is made. The result is a bracelet that is flexible and hugs the wrist like a second skin. Adjustable links can be removed or added in 5-mm sections for an even closer fit. The cases on the new pieces are scaled down to 39.5 mm, compared to 45 mm for the 2015 models—making them even more wearable.

Introduced last year on the ladies’ Royal Oak, the finish is executed in collaboration between Audemars Piguet and Florentine jewelry designer Carolina Bucci. It is produced by using a gold-hammering technique known as the Florentine method that creates tiny indentations to give the surface a shimmering sparkle, like frost on a windowpane. Here, it is applied between polished sections on the stepped bezel and lugs as well as to areas on the case side. 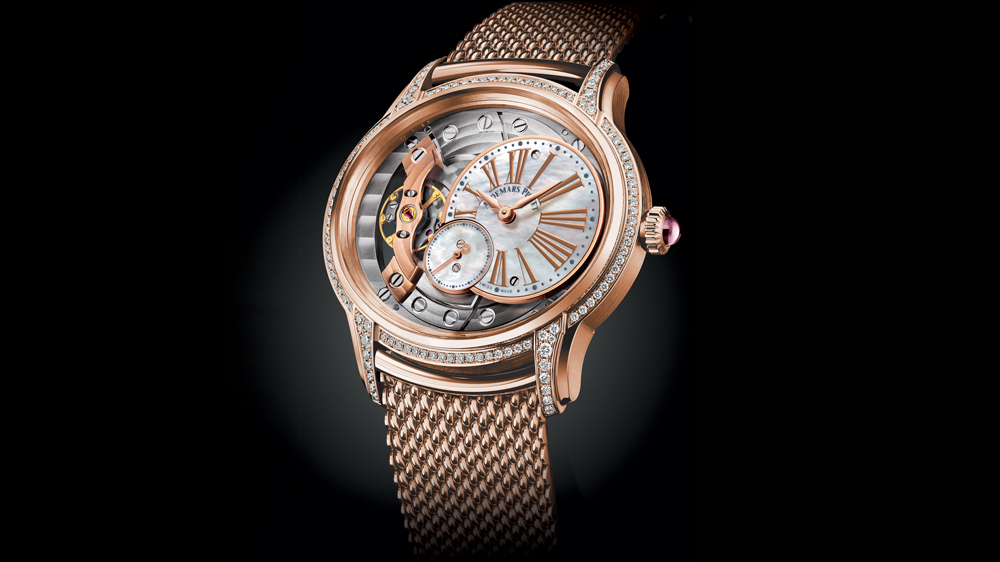 The signature Millenary offset subdials—one for hours and minutes and one for seconds—are set with opal, a nice alternative to the mother-of-pearl dials on the bracelet models. Audemars even manages to add a fashion-watch element to what is otherwise a high-end watch: The strap is available in several textures—including rubber, alligator, textile, or velvet—and six color variations: blue, gray, red, pink, light green, or purple. All models contain the manual-wound Caliber 5201. Pricing for the new Millenary models will be available in mid-January.