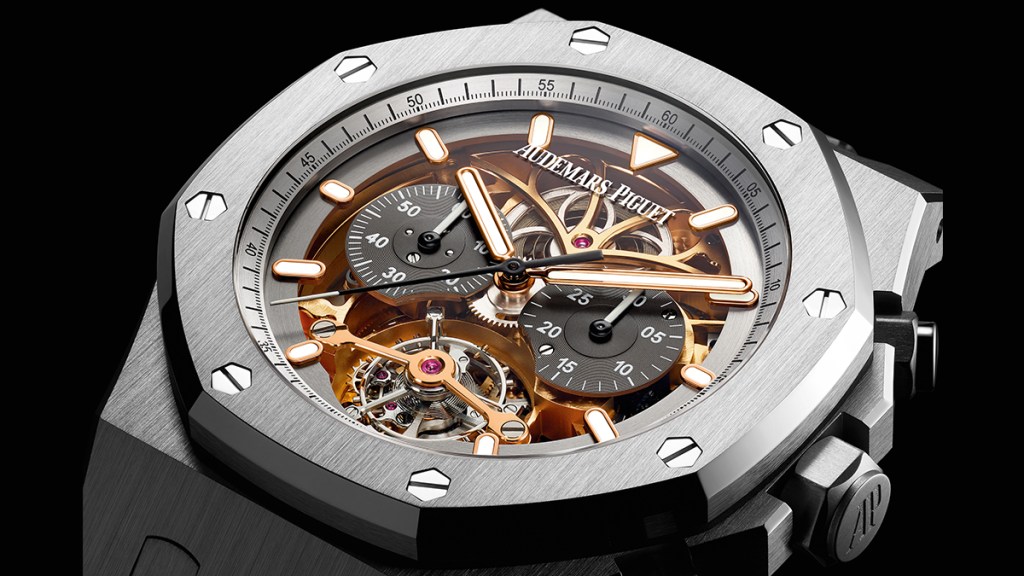 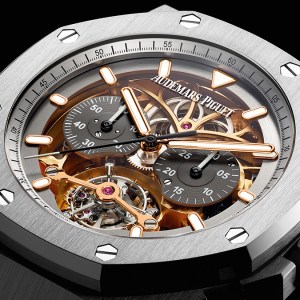 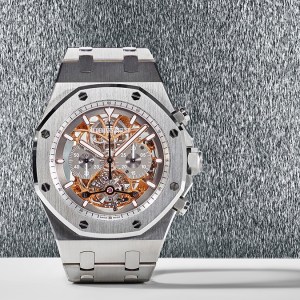 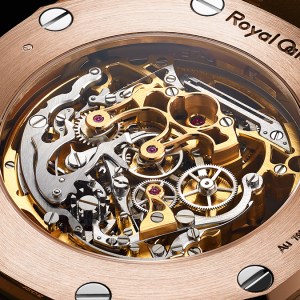 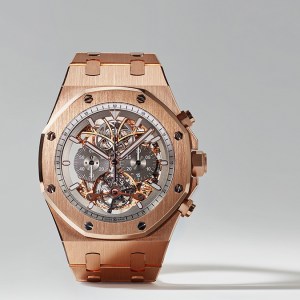 Though Audemars Piguet seldom shies away from an opportunity to release a new limited edition, a model spawned from such a fresh retail partnership is by no means common. Though only in business the last 2 years, Material Good has established itself as a premier destination for top-tier Audemars Piguet and Richard Mille watches (as well as its healthy vintage selection). Moreover, it was talks between AP and Material Good founders Rob Ronen and Michael Herman that brought this limited edition to life.

“When we were conceptualizing Material Good, we knew selling complications would be a priority from the beginning.” states Ronen. “The Audemars Piguet Royal Oak Tourbillon Chronograph Openworked speaks to that on every level. It is an incredible achievement both in terms of engineering and craftsmanship, and we are proud to offer such an exceptional timepiece to our discerning clientele.”

Effectively at—or adjacent to—the pinnacle of the Royal Oak line, the Tourbillon Chronograph Openworked originally broke cover in platinum at Geneva’s Salon International De La Haute Horlogerie (SIHH) in 2016. Ronen and Herman were convinced of a hole in the marketplace which could accomodate two new versions of the watch—one in pink gold ($297,000) and one in titanium ($261,000). Before long, the project was given the blessing from AP’s powers that be.

Measuring 44 mm across, the new release is a fair bit larger than your average Royal Oak, though these dimensions allow for a clearer view at the impeccably detailed finishing of its caliber 2936, hand-wound movement. This truly is AP’s watchmaking expertise at its finest, and with only 25 pieces of each metal slated for production (available through Material Good in New York as well as Audemars Piguet boutiques), these pieces will not be around for long.