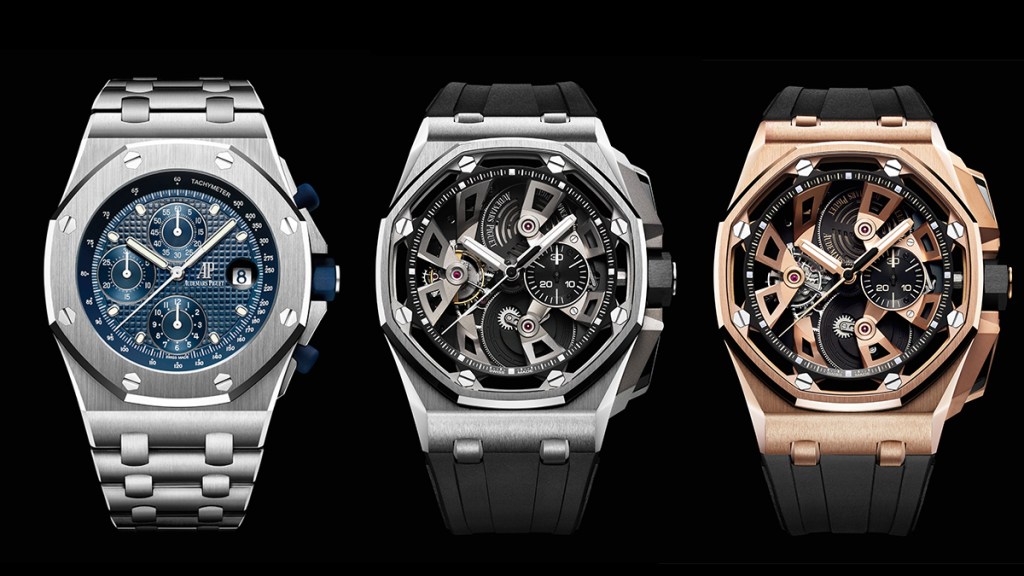 The year 2018 will mark a significant milestone for Audemars Piguet: the 25th anniversary of the Royak Oak Offshore collection. Back in 1993, there was little on the market that resembled the chunky interpretation of the classic Royal Oak, and to this day, the model’s impact can be seen throughout the sport-watch category.

Ahead of the brand’s core releases at SIHH this coming January, a pair of new models has been unveiled that give both a nod to the past and a glimpse into the future. First, a reissue of the first Offshore Selfwinding Chronograph in steel revives the original aesthetics to a T. A reissue always has a certain level of appeal; however, it’s the new Royal Oak Offshore Tourbillon Chronograph that caught our eye.

The Offshore DNA is clearly apparent in these futuristic skeletonized models, though in an unconventional way. Its octagonal bezel is still present, with the majority of it being cut away to expose more of its new caliber. A series of architecturally structured bridges support both its tourbillon at 9 o’clock as well as its two large barrels, which deliver a significant 173 hours of power reserve.

The new models will be available in both steel and pink gold and will feature a ceramic crown and push pieces. Each will be produced in a limited run of 50 pieces in each metal (pricing not yet announced).