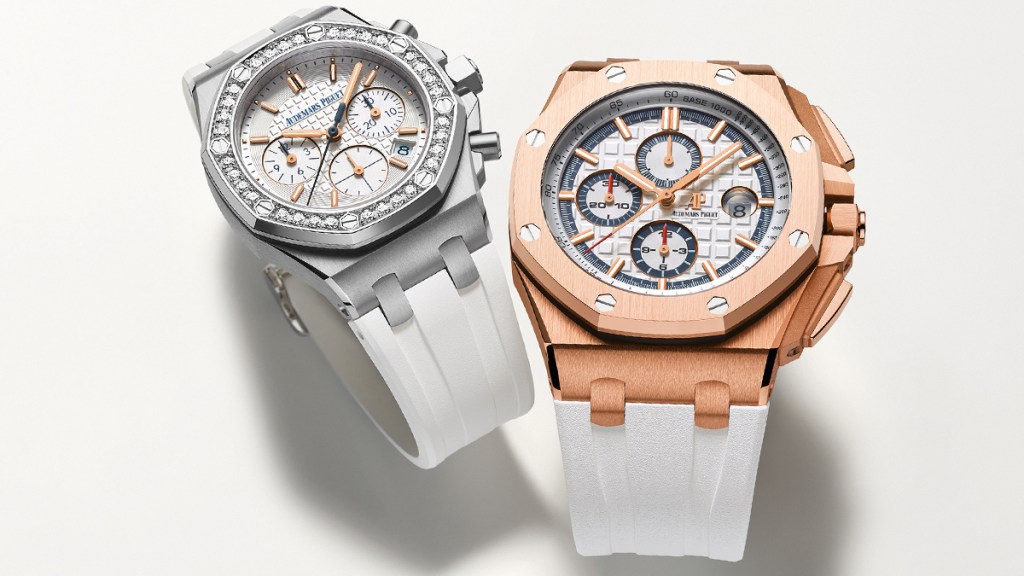 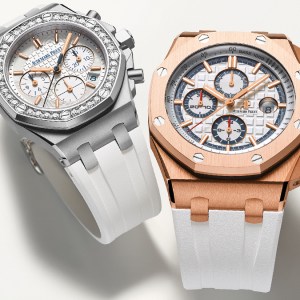 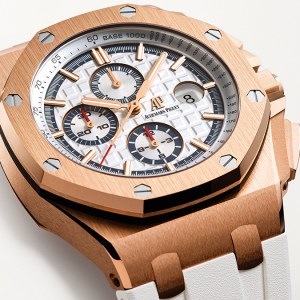 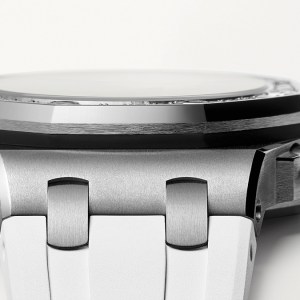 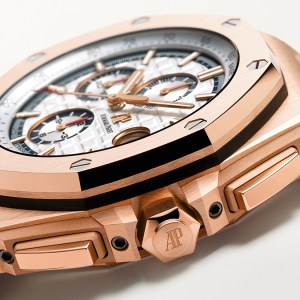 Audemars Piguet is marking the occasion of the 50th anniversary of the iconic Hotel Byblos Saint-Tropez with a duo of new limited-edition watches, the Audemars Piguet Royal Oak Offshore summer editions. The pair of watches comprise a rose gold men’s version limited to 50 pieces ($47,500), and a women’s variation in steel with a diamond set bezel that is limited to 20 pieces ($29,000).

Both watches are powered by self-winding chronograph movements and feature crisp white rubber straps and matching white tappiserie dials. The women’s watch includes contrasting gold indices and blue highlights; the men’s version has just the blue highlights. The uncommon combination is a welcome one, giving both watches a fitting summery aesthetic.

The caseback of both watches are adorned with the hotel’s anniversary dates and coat of arms, which depicts the abduction of the Europa, mother of King Minos of Crete, by Zeus. This unveiling is but one of a series collaborations between Hotel Byblos and other luxury brands—including Goyard, Missoni, Rolls-Royce, and Dom Pérignon—to commemorate the occasion.