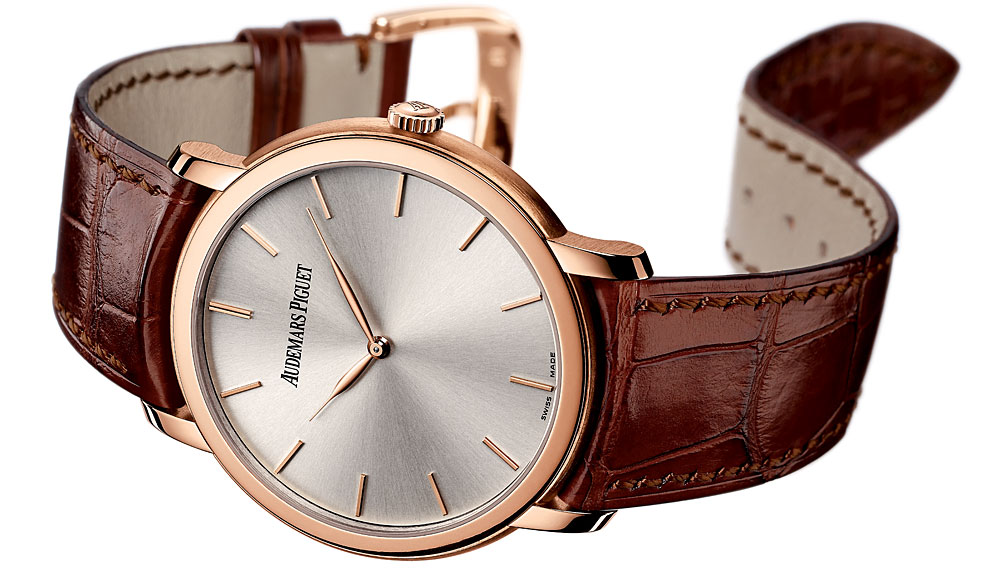 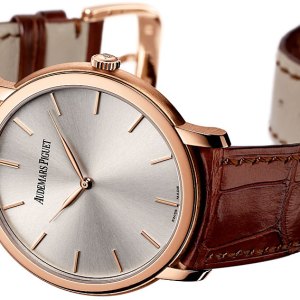 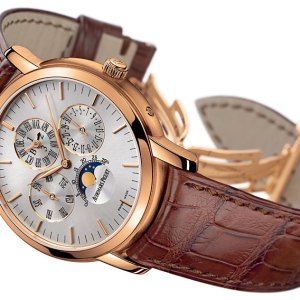 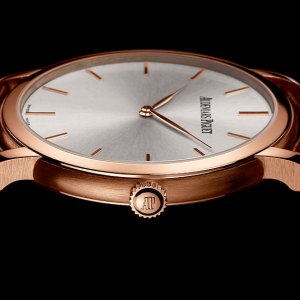 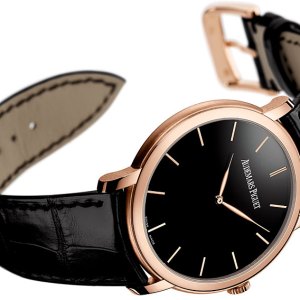 Despite its ongoing predilection for big, beefy Royal Oaks, Audemars Piguet’s legacy in ultrathin watches dates back to 1967, when the brand introduced its automatic Calibre 2120, one of the world’s thinnest automatics measuring a mere 2.45 mm thick. Now that thin is decidedly in again, Audemars is drawing on that heritage with two new Jules Audemars extra-thin models utilizing its milestone Calibre 2120 and finished with incredible attention to detail. Borrowing design codes from the original 1967 Reference 5271, the first watch to house that movement, a svelte new Jules Audemars Ultra Thin ($20,400) measures less than 7 mm thick and projects understated elegance with its timeless design. The new pink gold perpetual calendar ($62,900) tweaks a 2008 platinum model that commemorated the 30th anniversary of the manufacturer’s first ultra-thin automatic perpetual calendar movement, using the 2120 as its base. While Audemars is playing up its expertise in thin movements, we don’t expect to see an ultra-thin Royal Oak anytime soon. (www.audemars-piguet.com)