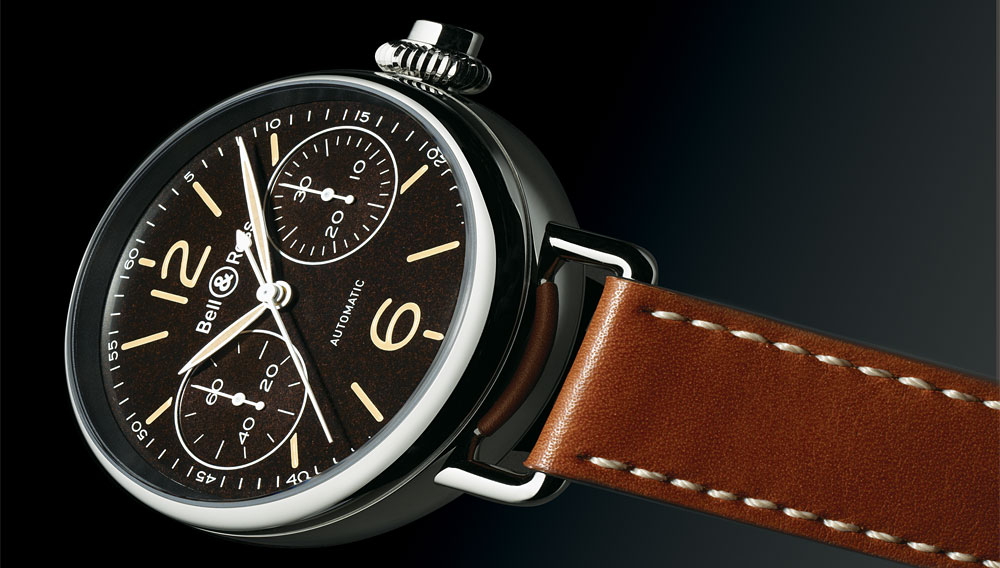 When Swiss designers Bruno Belamich and Carlos Rosillo launched the Bell & Ross (www.bellross.com) timepiece brand in 1992, they did so, as Rosillo explains, to pay tribute to the military, particularly the pilots from the 1940s, who were the first professionals to rely on the wristwatch as a tool for their missions. With the company’s latest vintage line, which focuses on simplistic designs that were prevalent during the First and Second World Wars, the two watchmakers are reverting to a time when a precise timekeeping tool was uncluttered. “Since our inception, our brand’s designs have always been influenced by the reinterpretation of military watch design history,” Rosillo says. “With these new models, we wanted to go further back in time,when the military watch wasn’t the horological icon it is today, but rather a truly indispensable tool.”

The Vintage collection consists of a variety of wristwatch designs that are modeled after those worn by French soldiers during World War I, and which were later tested by pilots during the 1920s and finally declared reliable in the 1930s. These WW1s, as Bell & Ross categorizes them, range in price from $3,000 to $5,900. Other examples include the Chronographe Monopoussoir Heritage, a self-winding chronograph, which costs $7,600 and features a single access button that incorporates all of the functions into one command. More complicated variations include the Heure Sautante—a complication where the hour hand is replaced by a rotating disk on which the hours are printed—and a minute repeater, both of which range in price from  $26,000 to $39,000.

“We have made a point of making watches in which aesthetics are guided by purity of functional integrity,” Rosillo says. “Those timepieces are a reminder of the timeless appeal of stripping the watch down to the essentials.”