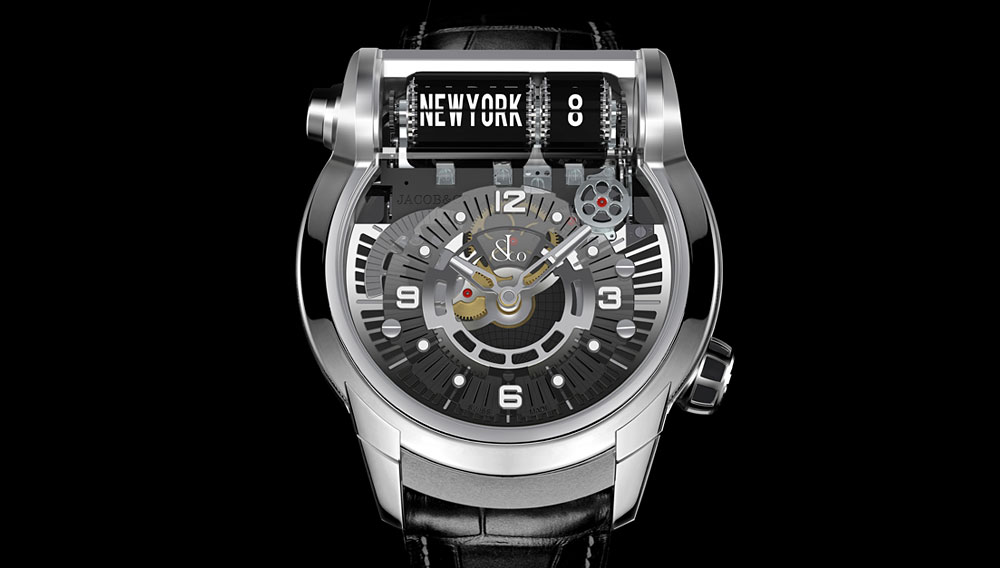 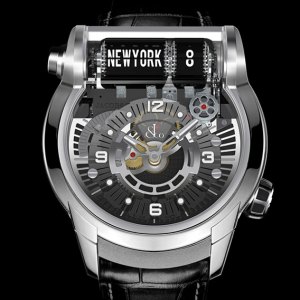 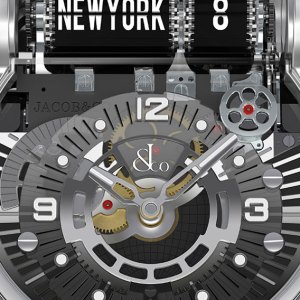 The following is one in a series of impressions taken at BaselWorld 2013, one of the Swiss watch industry’s most important venues for introducing new models.

Anyone who has ever stood watching an old-fashioned departure board at a European airport or train station cannot help but recall the subtle sense of excitement as the displays flap through a myriad of possible destinations before selecting the right city. Jacob & Co. has channeled this nostalgic and evocative system into a time-zone display on its new Epic SF 24 wristwatch. Although the company is known for its important and over-the-top jewelry watches and its (largely quartz) five-time-zone watches, it has also intrigued mechanical-watch enthusiasts in the past with the Quenttin model in 2006, which had an ultralong power reserve.

The Epic SF 24 ($103,000 in gold; $84,000 in titanium) is a much simpler timepiece, but with its originality and closer ties to the company’s penchant for travel watches, it might be even more appealing. Two split-flap displays at the top of the case identify 24 cities and their local times. A button on the side of the display neatly changes which cities are visible. The system is easy to operate, but real credit must be given to the firm for finding a mechanical system that captures the romance of travel in a new way, which is really the point of wearing a time-zone watch in the first place. (212.719.5887, www.jacobandco.com)