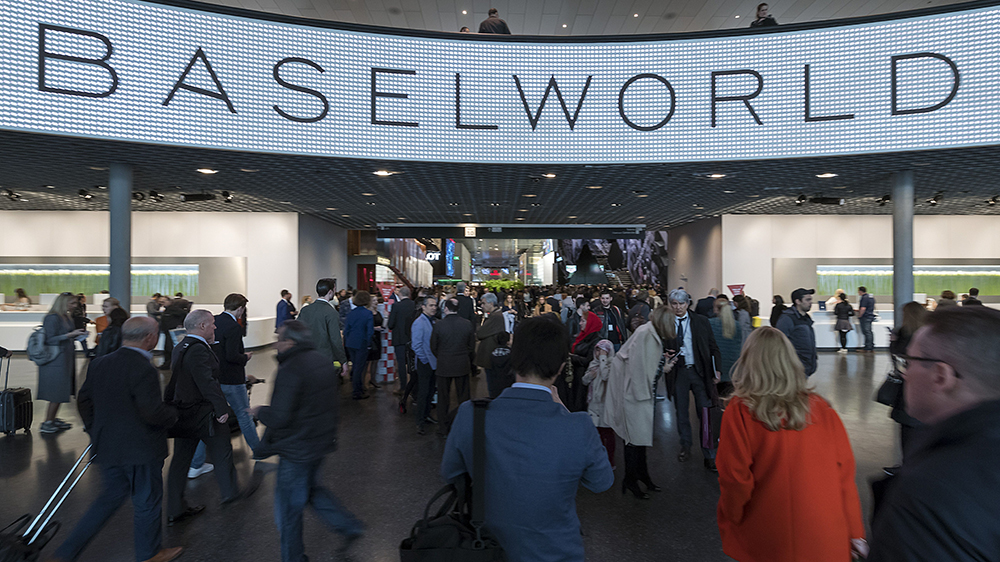 The coronavirus outbreak has officially claimed more than 2,800 lives worldwide with cases being reported in new locations almost daily. As fears of how large gatherings could play a role in the deadly virus’ spread, more and more international events are being called off. The latest? Both Baselworld and Watches and Wonders Geneva, the world’s top watch trade fairs, have canceled their 2020 programs that were originally scheduled for late March and early April.

On Thursday, the Fondation de la Haute Horlogerie, the body responsible for putting on Watches and Wonders, released a statement explaining its reasoning. “It is the Fondation de la Haute Horlogerie’s duty, as organizer of Watches & Wonders Geneva, to anticipate the potential risks that travels and important international gatherings could entail,” the statement reads in part. “Therefore, in order to protect the health and wellbeing of all our guests, press, partners and teams, the decision has been taken to cancel the upcoming edition of Watches & Wonders Geneva.”

Watches & Wonders Geneva cancels its upcoming edition initially planned from April 25th to 29th 2020. – In view of the latest developments concerning the worldwide spread of the COVID-19 coronavirus, it is the Fondation de la Haute Horlogerie’s duty, as organizer of Watches & Wonders Geneva, to anticipate the potential risks that travels and important international gatherings could entail. – Therefore, in order to protect the health and wellbeing of all our guests, press, partners and teams, the decision has been taken to cancel the upcoming edition of Watches & Wonders Geneva (formerly known as the SIHH) and its ‘In the City’ program, initially due to take place in Geneva from April 25th to 29th 2020. – The Fondation de la Haute Horlogerie understands the disappointment this year’s cancelation may cause, and remains at the disposal of its partners and guests for any queries they may have. The FHH is already working on the organization of 2021 edition of Watches & Wonders Geneva. #watchesandwonders

April’s show would have marked the 30th iteration of Watches and Wonders and was sure to be the largest yet. Last year’s show drew 23,000 visitors from around the world eager to get a first glimpse as the latest releases from top watchmakers, including Audemars Piguet, Richard Mille, A. Lange & Sohne and more.

With that news, the industry’s attention swiftly turned to its other premier trade show, Baselworld. Its organizers insisted as recently as Thursday that it was still on though they would be closely monitoring the situation. However, on Friday morning, after the news that the Swiss government would ban large gatherings––that Baselworld, watchmaking’s oldest and largest show, is also postponed with a new date set for late January of 2021.

Baselworld’s managing director, Michel Loris-Melikoff said in a statement, “We deeply regret having had to postpone the event as planned due to the coronavirus, in full consideration of the needs of the watch and jewellery industry to be able to benefit from the platform to develop their business.” He continued, “By postponing the show to January 2021, we have found a solution that enables the industry and all our customers to avoid losing a full year and at the same time reset their calendars for the beginning of the year, a period that is conducive to the presentation of their new products, new trends and order taking.”

Baselworld and Watches & Wonders (previously known as the Salon de la Haute Horologie, or SIHH), aren’t the only major watch world organizations to cancel their plans citing concerns over the coronavirus. On February 3, the Swatch Group—which owns Breguet, Omega and Jacquet Droz, among other high-end watch brands—announced that it would cancel its own tradeshow, entitled Time to Move. The Group had previously exhibited its watches at Baselworld.