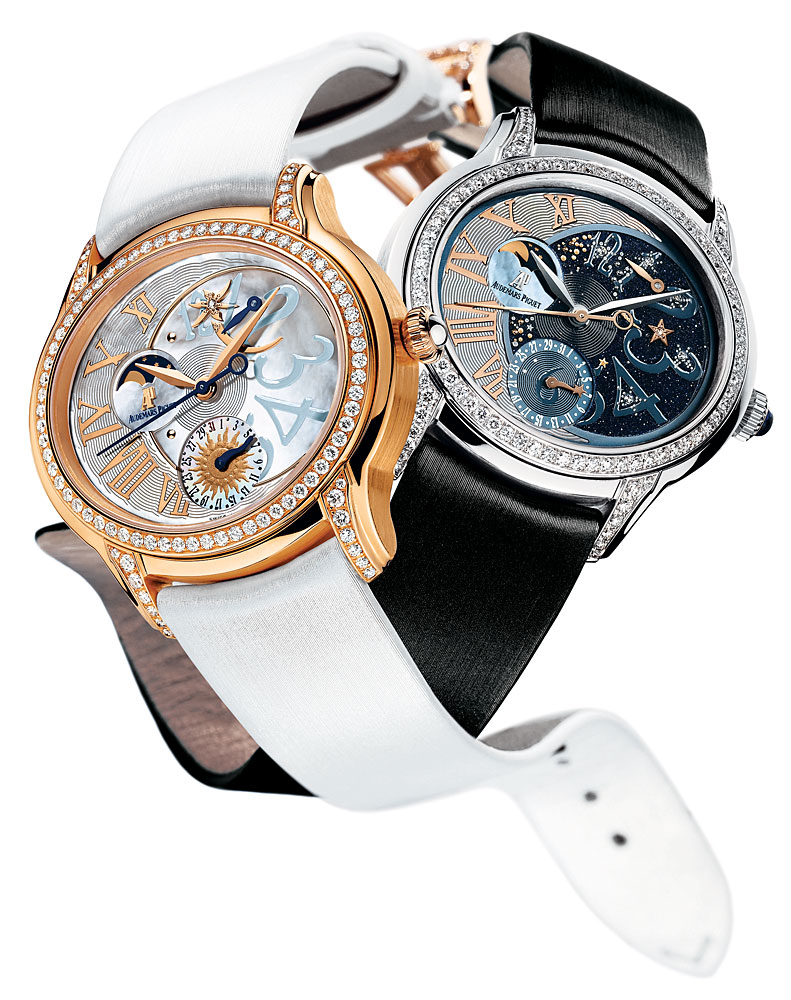 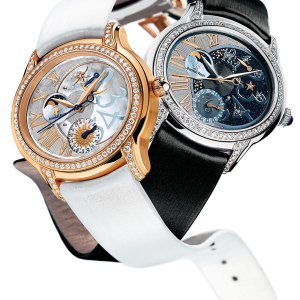 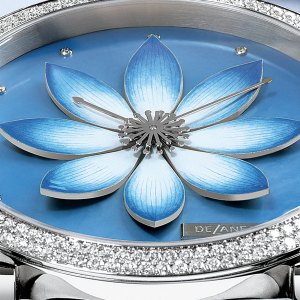 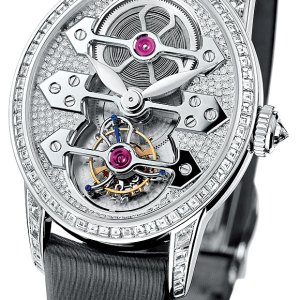 Cristina Wendt-Thévenaz, CEO of Delaneau in Geneva, brings a feminine perspective to Swiss mechanical watchmaking, an otherwise male-dominated field. For years she has mixed traditional arts—such as miniature enamel painting, engraving, and jeweling—with high horology for women. In 2007 she unveiled the Delaneau Luckee Lotus (+41.22.318. 80.40, www.delaneauwatch.com), an homage to the revered flower of the East (Buddha is often represented by a lotus flower). Though its movement (an automatic Frédérique Piguet 1150 caliber) is not complicated, the Luckee Lotus (starting at $42,000) is a technical artistic achievement with its sculpted three-dimensional blossom that appears to float on the dial. The delicate, 18-karat-gold petals are decorated with either high-fired enamel painting or diamonds, and the custom-made hands are designed to spring from the center of the flower.

Using a miniature-painting technique that dates to the 17th century, Delaneau’s enamel artisan paints each concave flower before firing it multiple times in an oven set at 800 degrees Celsius (1,472 degrees Fahrenheit). If the temperature or timing is not exact, the enamel can crack at any stage in the process. The sculpted petals of the lotus flower add an extra degree of difficulty because curved surfaces are far more complicated to enamel than flat ones.

The measurement of time originated in the heavens, as early horologists closely observed the skies to devise the first calendars and clocks. Several watchmakers looked skyward for creative direction last year, but the Audemars Piguet Millenary Starlit Sky collection (212.688.6644, www.audemarspiguet.com) stood apart with three timepieces—two dedicated to night and one to day.

The night version features a white-gold oval case—either partially or fully set with Top Wesselton diamonds—framing a dial distinguished by an off-center subdial that depicts a deep blue sky sparkling with five diamond stars to mark the hours. At the top of the dial, a comet-shaped power-reserve display illustrates the amount of energy stored in the movement, while a wave-shaped hand, tipped with a golden star, points to the date at 6 o’clock. The left side of the dial features a crescent of white mother-of-pearl or diamond pavé, with Roman numerals evoking rays of moonlight. At 9 o’clock, an aperture displays the phases of the moon against a cloudlike backdrop.

The day variation has a pink-gold case that is set with diamonds and frames a mother-of-pearl dial marked with light blue Arabic numerals on one side and applied Roman numerals on the other. The date disk depicts a golden sun design, while the power-reserve indicator features an applied edelweiss motif appointed with a diamond.

The Millenary Starlit Sky collection ($37,200 to $65,800) is equipped with the automatic Caliber 3120 movement, which is enhanced with a 62-?hour power reserve and moon phase from Audemars Piguet.

In 1884, Constant Girard of Girard-Perregaux patented his pocket-watch tourbillon movement with three gold bridges. For the brand’s bicentenary in 1991, Girard-Perregaux watchmakers set out to create a wristwatch version with a miniaturized movement featuring an inverse construction that moved the gold bridges to the dial side. With the $195,000 Girard-Perregaux Cat’s Eye Jewelry Tourbillon with Three Gold Bridges (877.846.3447, www.girard-perregaux.com), which debuted last year, the company brings its hallmark movement to adorn women’s wrists as well.

In addition to developing a manual-wind tourbillon mechanism that fits inside a more diminutive case, the watchmakers incorporated an intermediate plate, fully set with 208 diamonds, that showcases the three polished, parallel white-gold bridges on a bed of sparkling gems. Master watchmakers devote hours to adjusting, polishing, and checking the 72 components of the tourbillon cage, creating a jeweled timepiece with undisputed complicated watchmaking credibility.