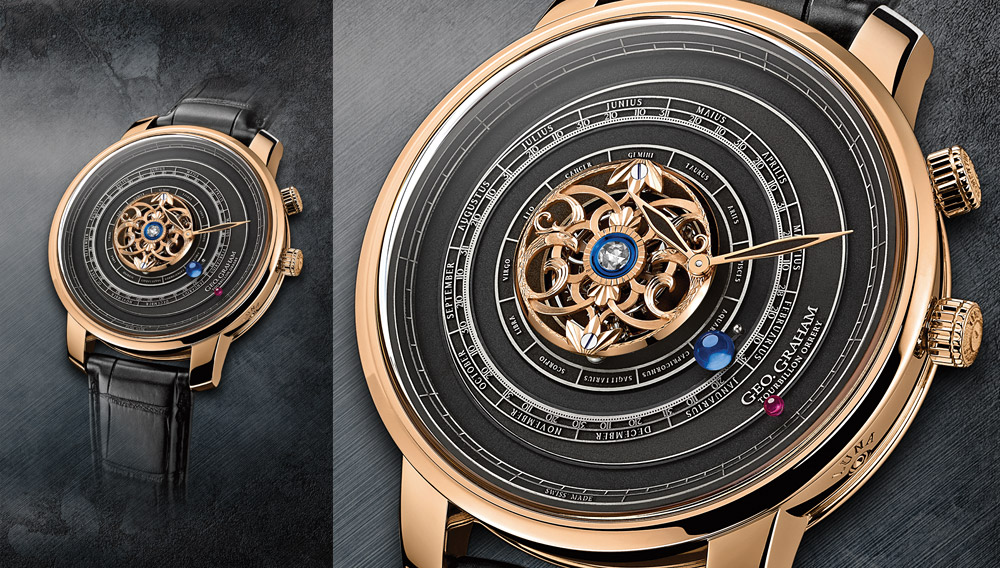 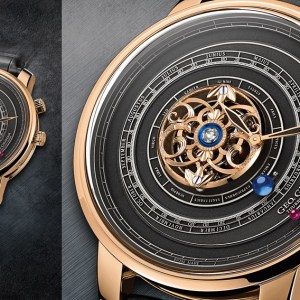 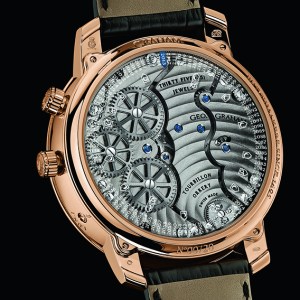 Eric Loth, founder and CEO of Graham, describes one of his latest timepieces as “the watch I’ve wanted to build since founding the company.” In fact, the Geo.Graham Tourbillon Orrery ($330,000) is unlike anything the firm has yet fabricated. In contrast to its staple racing-themed chronographs, Graham has built a complex astronomical timepiece that bears a direct connection to the work of George Graham, the brand’s late-17th-century namesake, who constructed a similar model of the solar system for the Earl of Orrery some 300 years ago. The movement, designed in collaboration with Christophe Claret, rotates representations of Earth, the moon, and Mars around a “sun” represented by the tourbillon. Graham has also produced specially engraved plates that prompt periodic corrections to align the planets for the next three centuries—a farsighted measure that allows the watch to extend its reach in time. (213.622.1716, www.graham1695.com)