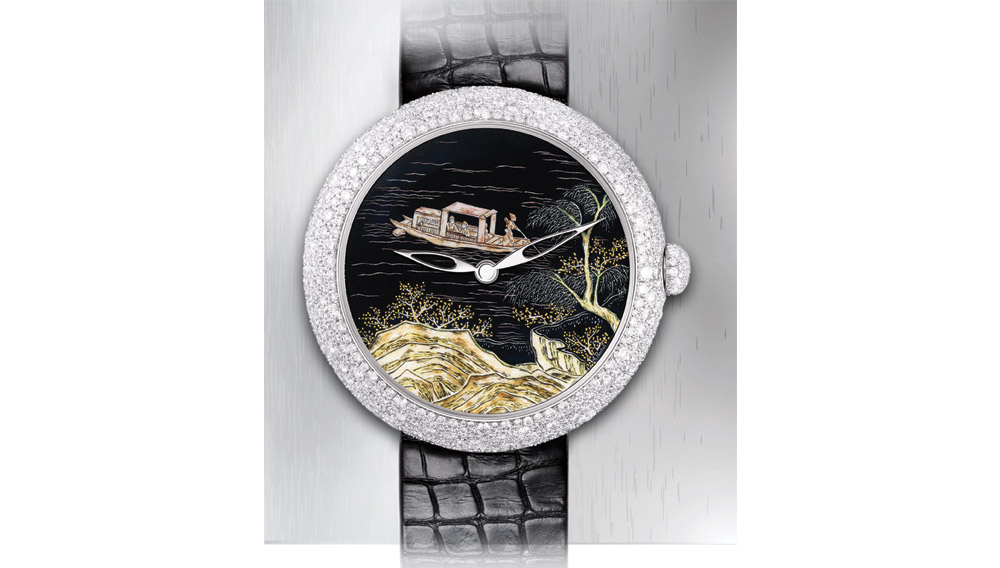 Chanel’s first Coromandel watches signaled a step in a new direction for the fashion house when they made their debut in 2012. Rendered by the master enamelist Anita Porchet, the dials reproduced elements from the Coromandel screens found in Coco Chanel’s Paris apartment. The second edition of these watches, released last year, takes not only these motifs but also the techniques used to depict them to new heights. The set, made up of just three one-of-a-kind timepieces ($250,000 to $555,000), incorporates an astonishing level of detail, which is engraved into the base medium and then filled and painted with enamel. Porchet also added tiny gold highlights, an adaptation of the paillonné enamel technique used in the 19th century. The luminous sophistication of the finished pieces comes as much from the subject matter as from the skill of the artist—an irresistible statement for even the most private of mademoiselles. (800.550.0005, www.chanel.com)