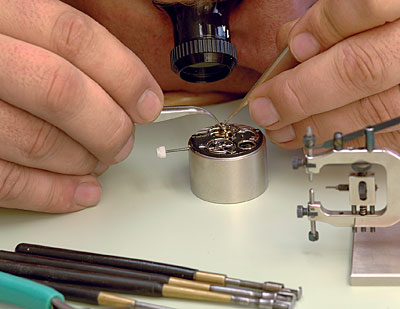 The primary attraction of the DeWitt Academia Tourbillon Différentiel is its planetary gear system, which is visible through an aperture in the upper right portion of the dial. This novel mechanism charges the five-day power reserve with one-third fewer turns of the crown than a conventional movement requires. To the left, another aperture displays the clutch system, also geared, that prevents overwinding. Even the watch’s case resembles a massive gear wheel, one fashioned in a mélange of titanium, rubber, and red gold that is so complex it must be assembled by hand. This enhances its appeal to design cognoscenti—and gearheads.