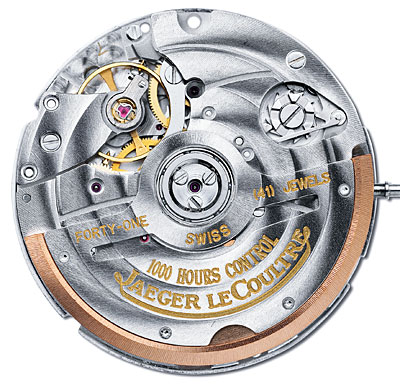 Even seasoned aficionados cannot keep their hands off Jaeger-LeCoultre’s Master Compressor Extreme World Chronograph. When Jaeger’s North America president, Ronnie Wolfgang, produced the debut model from his coat pocket at a collectors’ gathering last summer, his audience lined up for a chance to tinker. The $25,000 platinum Extreme ($12,800 for the steel model) offers plenty to toy with. You can depress the crystal ever so slightly, a feature that enables the watch to withstand 2,000 g’s, and use the ingenious push-button system to replace the strap with a bracelet with ease. The watch’s 24–time zone display also should come in handy.

The modern character of the Extreme’s dial and gadgetry is indic­ative of an ongoing transition at Jaeger-LeCoultre, a manufacture that is known best for its Art Deco Reverso design. Cutting-edge technical pieces such as the Extreme and last year’s Gyrotourbillon indicate that Jaeger has acquired a bead on what makes a watch cool.

For purists, however, the brand’s long-standing reputation for producing original, beautifully crafted movements remains intact. The caliber 752 movement exhibits Jaeger’s trademark swirling platework and high-grade perlage and anglage finishing. The new caliber is the first round column-wheel chronograph that the company has produced in many years. Although the column-wheel configuration is revered for its quality and accuracy, Jaeger-LeCoultre’s engineers could not help but indulge in some subtle technical refinements. Among the improvements is the addition of a vertical coupling on the column wheel to control the chronograph with greater precision and shock resistance. The case’s complex shock carriage—which is composed of a cushioned steel case built around an inner case of titanium—further thwarts jolts, preparing the Extreme World Chronograph for constant fondling, and even the occasional fumble.