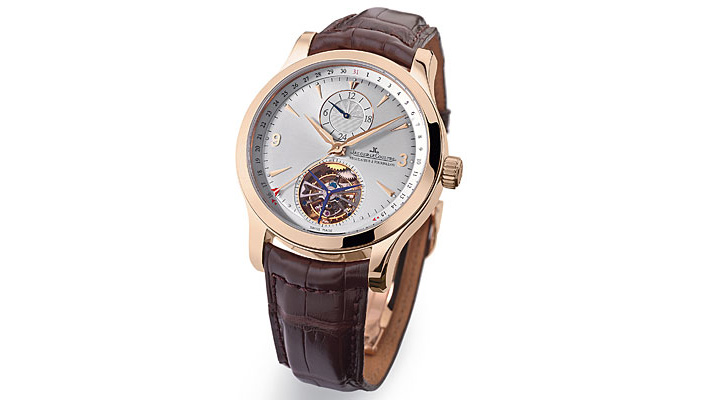 As a relatively young company, albeit one with a storied history, A. Lange & Söhne (800. 408.8147, www.alange-soehne.com) has quickly established itself as a master of high-level chronometry. Its Richard Lange ($19,900) is a bare-bones timekeeper, sporting a new free-sprung balance system and Lange’s in-house hairspring. The company claims the Richard Lange is more accurate than watches with the industry-standard COSC (Contrôle Officiel Suisse des Chronomètres) chronometer certification.

At Chopard (800.246.7273, www.chopard.com), copresident Karl-Friedrich Scheufele finished building his manufacture in Fleurier. The completion of the sparkling, glass-shrouded facility, which houses four floors of state-of-the-art workshops and equipment, is a milestone in Scheufele’s 10-year endeavor to produce his own watch movements. The brand marked the 10th anniversary of its premium L.U.C. collection by introducing the Strike One petite sonnerie ($37,740) and the Chrono One chronograph (price upon request), each of which is powered by a movement made in-house and features a traditional complication that had been missing from the Chopard portfolio. (Click image to enlarge)

The Chrono One particularly embodies Scheufele’s objectives for his manufacture project. Chopard’s engineers built the movement with a free-sprung balance system, as well as with a few original constructions that improve its start/stop functions and self-winding performance. The advanced mechanism can be admired through Chrono One’s transparent subdials, an aesthetic flourish that reinforces the modern and technical character of the latest L.U.C. models.

The Reverso Squadra ($5,450 to $28,700) represents the new direction for Jaeger-LeCoultre (800.552. 8463, www.jaegerlecoultre.com) and the influence that Richard Mille, De Bethune, and other rising independent companies have had on this venerable Vallée de Joux manufacture. Jaeger performed a radical face-lift on the 75-year-old Art Deco classic to give it a youthful verve. The redesign includes a bulky square case and high-contrast coloring and numerals. The company also demonstrated its mechanical capabilities by releasing Master Tourbillon, at a starting price of $39,000, which is far below those of comparable tourbillons produced by other watchmakers. Although competitors have questioned the quality of the piece, few watches can match the chronometer-grade accuracy of Master Tourbillon’s free-sprung balance system. Jaeger had planned to introduce a three-dial, 18-complication behemoth dubbed Reverso à Triptyque, but technical difficulties have delayed its completion. Neverthess, just by attempting to create this superwatch, the company has demonstrated how much it has been revitalized.

For years, collectors eagerly anticipated the release of the Patek Philippe (212.218.1240, www.patek.com) chronograph movement. Such demand indicates why the company pays little heed to fashion trends. The brand has made only the slightest bow to the popularity of oversize, futuristic designs; it increased several references’ diameters by 2 mm and added lurid red (but still tastefully small) detailing to its new chronograph/ annual calendar, Ref. 5960 ($63,500). Then, as if to prove its visionary status, Patek unveiled an oversize modern design: the subtly restyled Nautilus collection ($18,800 to $35,500). The original Nautilus debuted 30 years ago.

The $236,000 Parmigiani Kalpa 30 Seconds Tourbillon Chiaroscuro (949. 489.2885, www.parmigiani.ch), which Michel Parmigiani produced to mark the 30th anniversary of his company’s founding, features cutaway dial apertures that reveal dramatic color contrasts created by rhodium plating and PVD coatings on the movement’s internal plates. The intricacy of the Hublot Bigger Bang (800.536.0636, www.hublot.com) tourbillon chronograph ($170,000) is also on full view. The watch features a movement built by complication specialty house BNB, which comprises a group of watchmakers who designed the Revolution tourbillons for Franck Muller. The Franck Muller Aeternitas (212.463.8898, www.franckmullerusa.com), on the other hand, trumpets the brand’s in-house complicated watchmaking skills. The set of five perpetual calendars ($125,000 to $766,700) will need no adjustment for the hiccup in the Gregorian calendar, which skips the leap year in 2100; Muller’s team devised a module that runs on 1,000-year cycles.