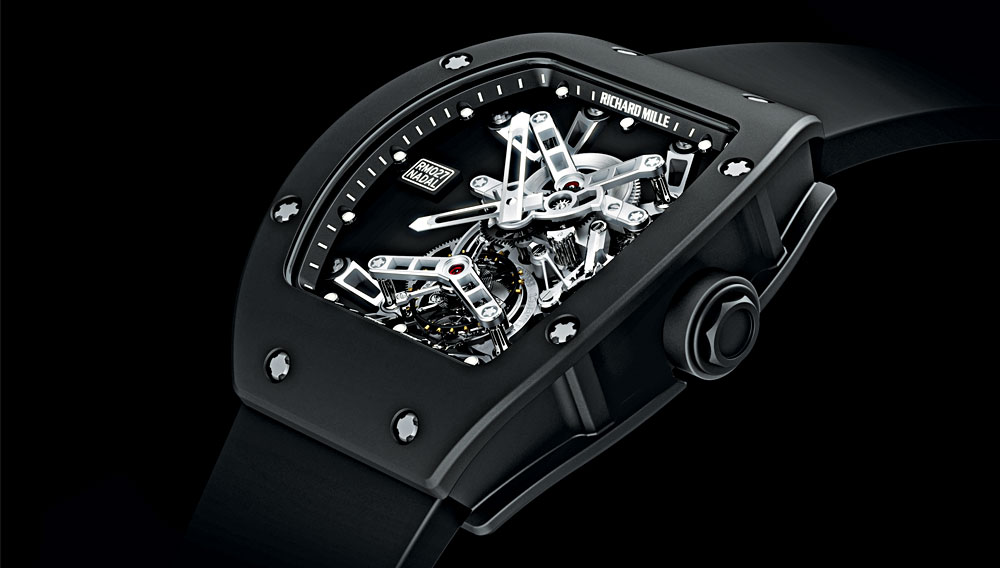 While focusing on the $555,000 price of Rafael Nadal’s Richard Mille RM 027 (310.205.5555, www.richardmille.com) when he wore it during his three Grand Slam victories in 2010, the sports media neglected to mention the watch’s technical merits. The timepiece, which is destined to become known as the “Nadal Watch” and will have a production run limited to 50 examples, represents the strongest validation of Richard Mille’s performance-oriented watchmaking philosophy. Certainly, a tourbillon wristwatch that a tennis champ actually would wear in competition was more challenging to create than even the Formula 1 pieces Mille previously produced. To make the watch light enough not to hamper Nadal’s game, Mille and his collaborator, complication specialist Renaud & Papi, formed the baseplate from an exotic lithium alloy. Mille tested the materials and construction for shock resistance and rigidity, and then Nadal confirmed those test results at the French Open, Wimbledon, and the US Open.