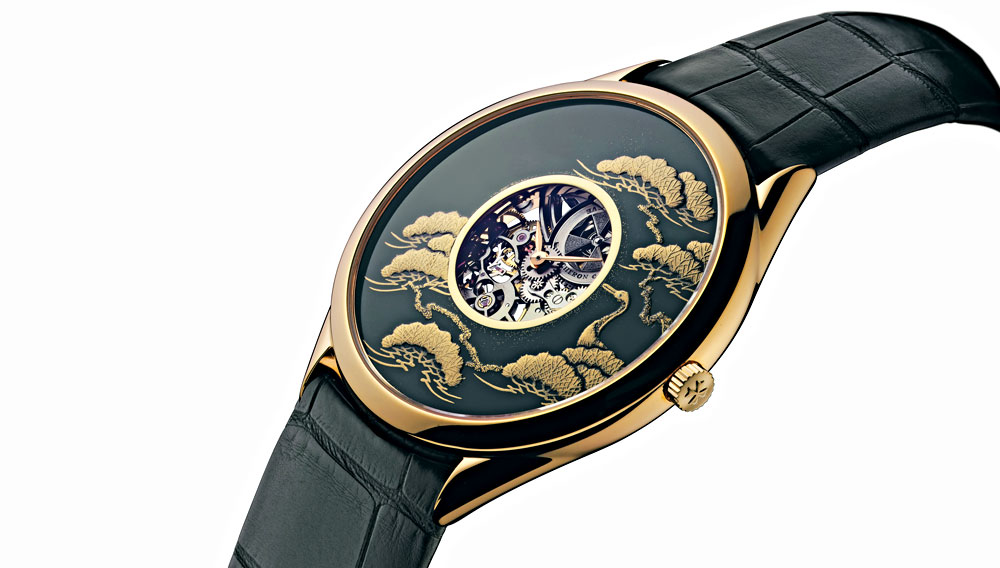 While complicated pieces usually steal the spotlight, models such as those in the Vacheron Constantin Métiers d’Art La Symbolique des Laques (877.862.7555, www.vacheron-constantin.com) show that art watches can have equal if not greater creative content.The artwork on the dials of these timepieces, which are sold as a set of three for $240,000, is produced by Zohiko, a 350-year-old Japanese lacquering company. Each of the watches in this first series of 20 sets (Vacheron Constantin recently released the second series and will release the third series next year) depicts a different type of tree and bird that together symbolize longevity. The images, rendered in maki-e—a sophisticated lacquering technique that involves sprinkling gold or silver dust over still-wet lacquer—complement the gray-treated mechanical movement, which is visible through the circular aperture in the center of the watch.