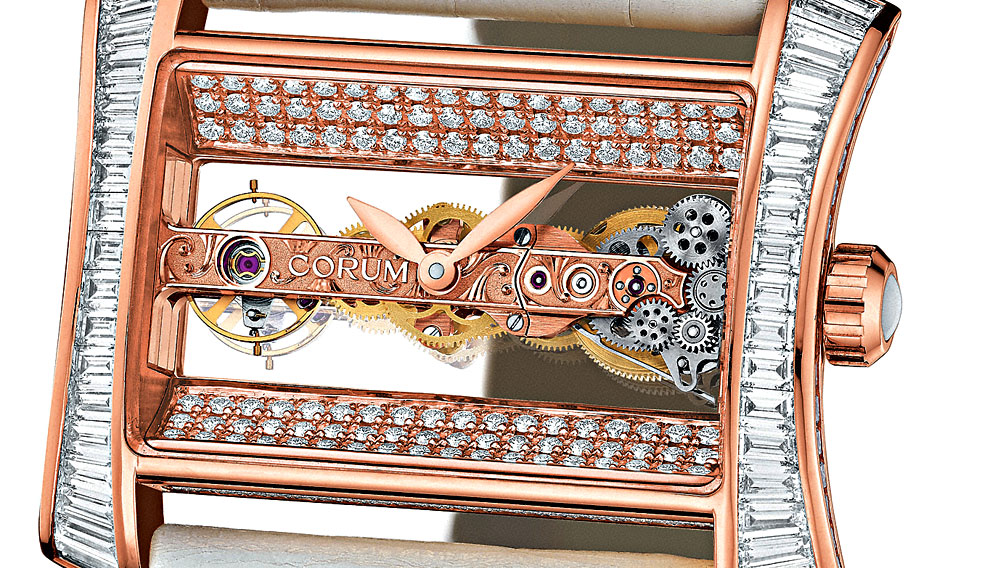 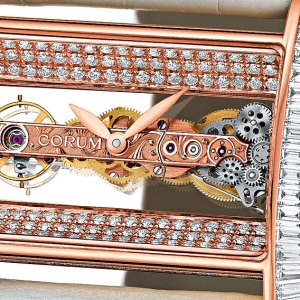 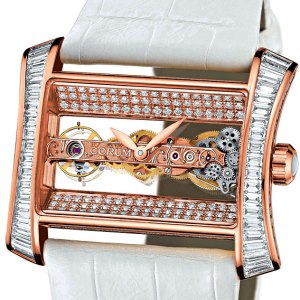 In the years since Corum reengineered its famous Golden Bridge from the 1980s, that specially conceived, in-line movement has been implemented primarily in men’s watches, despite its airy grace. This year, however, the company adapted the design to the female wrist, where it naturally seems to belong. The horizontal Corum Golden Bridge Lady (+41.22.731.84.2, www.corum.ch; $114,100 for the model shown) places the movement more easily on a small wrist and leaves ample surface area for dramatic reverse curves and diamond settings. Still, the openly displayed mechanics of the Golden Bridge prove to be the most charming and graceful feature of the ladies’ version.