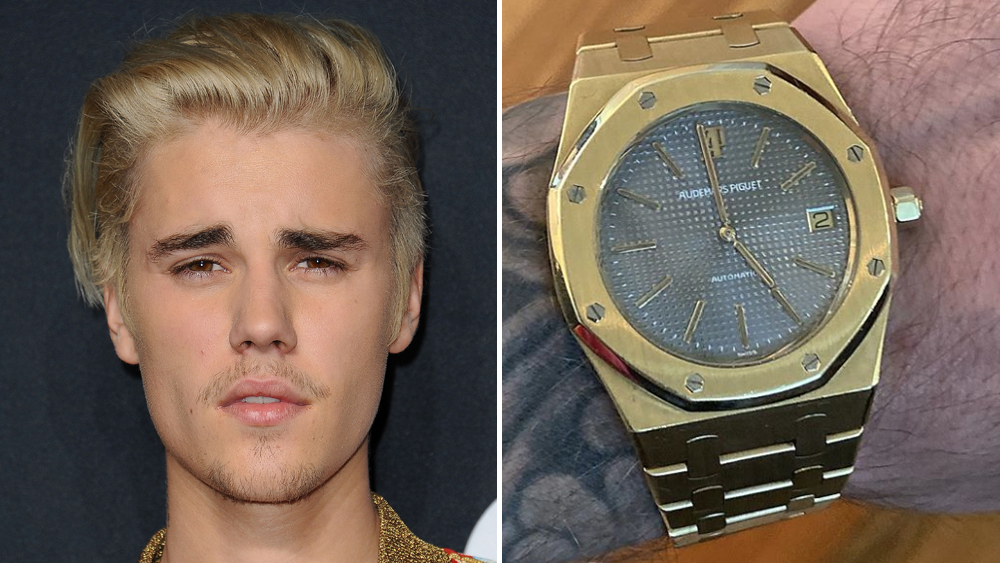 It appears Justin Bieber is taking his 2015 hit Love Yourself quite literally: The Canadian singer-songwriter has splashed out on some new high-end wrist candy as a wedding present to himself—he did make it down the aisle twice, after all.

The tatted-up 25-year-old married his wife and multihyphenate Hailey Baldwin for the second time on Monday—the pair previously wed at the New York City courthouse in September 2018—and, apparently, Biebs thought that was reason enough to treat himself to a brand new timepiece by Swiss luxury watch brand Audemars Piguet.

In an Instagram post shared just before he walked down the aisle, the singer showed off his pre-nuptial purchase alongside the caption: “Got my self a lil wedding gift.” In the post, he tagged the exclusive Beverly Hills-based jeweler Jadelle.

Got my self a lil wedding gift … thanks @jadellebh

The timepiece in question is an Audemars Piguet Royal Oak in yellow gold. The Royal Oak is widely considered to be one of the most iconic watches in the history of horology, with a unique octagonal bezel that is instantly recognizable. (Snaps to Biebs for splurging on such a distinguished watch.)

The model first debuted in 1972, with this particular version produced from 1977—for those playing at home, that makes the watch around 15 years older than the Baby singer, who was born in 1994.

The timepiece seemed to get the tick of approval on Instagram, getting a total of 1.5 million likes and a bunch of comments from celebrities, including David Beckham’s son, Brooklyn, who wrote “So lovely mate.”

While pricing is difficult to determine, we imagine it would be on par with this Royal Oak Selfwinding watch which retails for $50,500. That’s a relatively modest purchase by some musician’s standards. Drake recently wore a watch worth 15 times that—a $750,000 Richard Mille timepiece—to the NBA finals and he wasn’t even tying the knot. But whatever the amount, it’s a pretty good way to commemorate an enduring union.