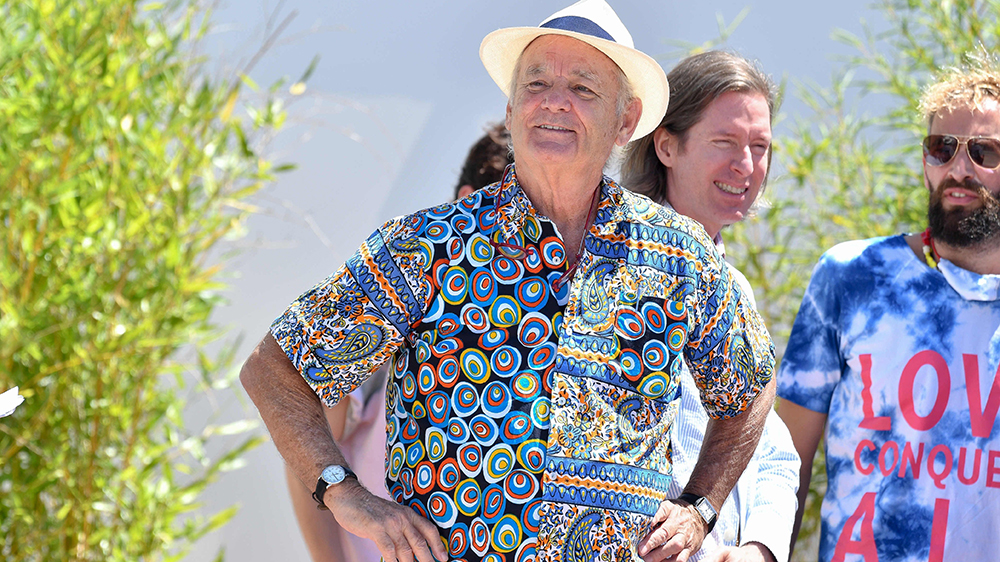 Bill Murray couldn’t decide which of his watches to wear to the Cannes Film Festival. So he wore them both.

The star of The French Dispatch was spotted wearing two timepieces while promoting the film at the 74th installment of the glamorous film festival in the south of France last week. And those wristwatches couldn’t be more different than the brands that make them—Timex and Cartier.

Anyone who’s paid attention to Murray over the past couple decades knows he’s not afraid to make an outlandish fashion statement on the red carpet. This was especially true at this year’s Cannes: Murray showed up for the photo call for Wes Anderson’s latest movie on Tuesday looking like a dad on a tropical vacation, sporting a fedora, short-sleeve button-down (which looks a lot like the spirited wares he makes for his own brand), baby blue shorts and On sneakers. But the items that stood out most from his ensemble were the watches he was boldly double-wristing.

On the right was a simple but dependable Timex Easy Reader. The meat-and-potatoes watch is so ubiquitous you can drive down to your local Target after reading this article and buy one for the low price of $36.99. Just as eye-catching, but for different reasons, was the Cartier Tank Solo worn on the opposite wrist. The elegant, rectangular timepiece features an artful dial adorned with Roman numerals and is exactly the kind of watch you expect to see a big-name star wearing at the glitzy festival. The Tank Solo’s price varies depending on its case material and movement (you can get it with either quartz or automatic mechanisms), but contemporary versions of the horological classic can set you back by upward of $4,000.

As different as the two watches may be, they share at least some of the same spirit: the materials might vary in quality, but both watches feature a black strap, a stainless steel case and white dial with black hour markers. They’re on opposing ends of the watchmaking spectrum, to be sure, but they’re both easy-to-read classics beloved by no shortage of guys around the world. And when you think of it in those terms, why not double up?