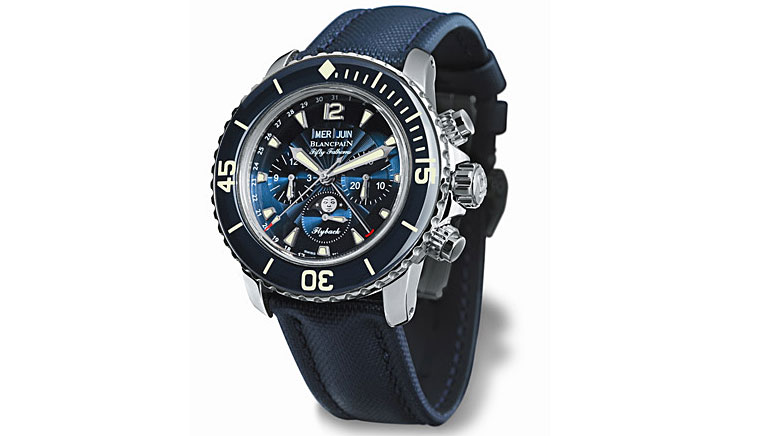 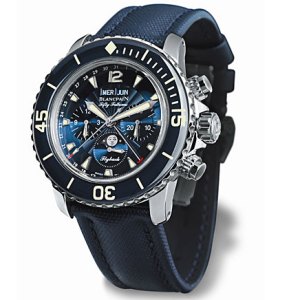 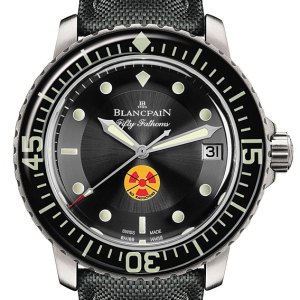 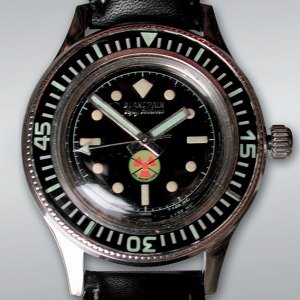 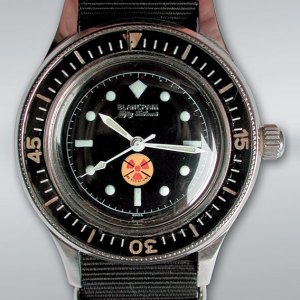 From January 26 to February 11, Swiss watchmaker Blancpain will host an exhibition that celebrates its iconic Fifty Fathoms watch, a timepiece commissioned by the French Navy Seals in 1953, and the first diver’s watch, according to Blancpain. The exhibition at its New York boutique features more than 50 vintage Fifty Fathoms timepieces on loan from collectors from all over the world, along with a new limited-edition model.

In addition to the vintage watches, the exhibition includes individual anecdotes, photographs, and letters that illustrate the watch’s unique historical legacy, including a photograph of President John F. Kennedy with U.S. Navy Seals wearing the Blancpain Fifty Fathoms watch, for it was President Kennedy who formed the U.S. Navy Seals in the early 1960s. Blancpain soon became the official timepiece supplier for the U.S. Navy Seals. There is also a captivating action shot of the originator of the French Navy Seals and the Fifty Fathoms, Bob Maloubier, on a dive wearing the watch.

Blancpain revisited its iconic Fifty Fathoms watch to offer a collection named the “Tribute to Fifty Fathoms,” which marries the timeless vintage design with today’s latest technology. The collection is limited to 500 pieces and is available in steel, red gold, or white gold. Prices start at $13,000 for the steel, automatic model, to $195,000 for the white gold tourbillon set with baguette diamonds.  (www.blancpain.com)