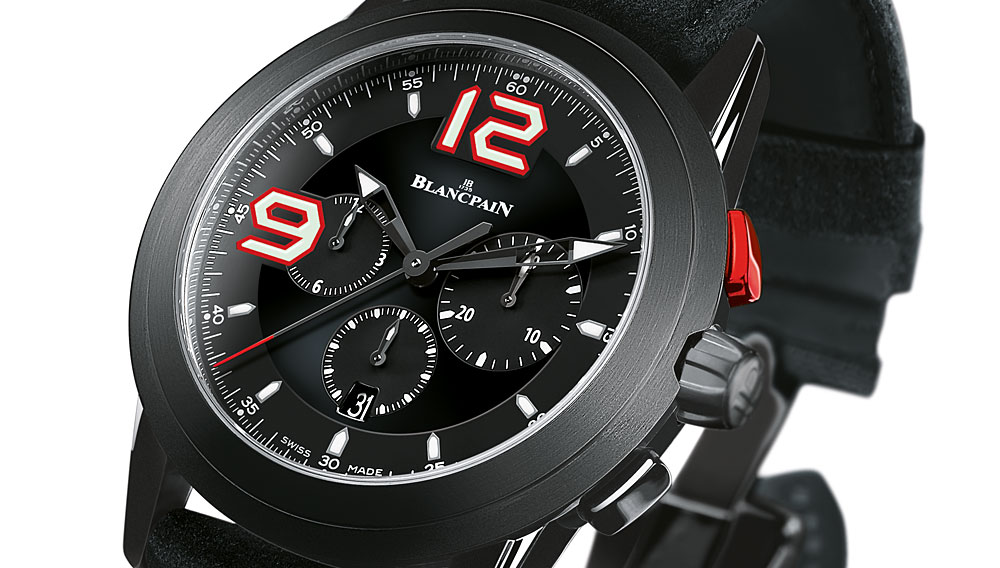 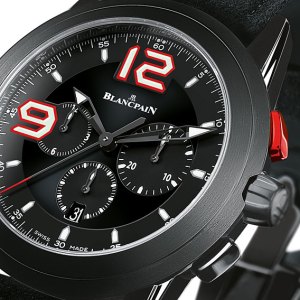 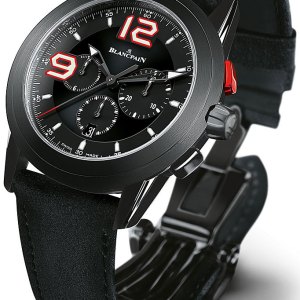 Blancpain’s president and CEO Marc Hayek feels the need for speed. So much so, that he formed an alliance between his brand and Lamborghini to launch this year’s Super Trofeo racing series, which played out over six European Grand Prix events from May to October. Each event featured a field of 30 Lamborghini Gallardo LP560-4 racing cars, making the Super Trofeo Lamborghini’s first single-make racing series. Piloting car no. 24, Hayek and his co-driver Peter Kox earned second-place honors on the podium at the conclusion of this year’s series. Naturally, a limited-edition timepiece marks the occasion. The Super Trofeo Flyback Chronograph ($17,300), limited to 300 pieces, is a racy black beauty with a tough diamond-like-carbon-coated case. Under the hood is a self-winding caliber F185 movement coated by NAC, an electroplating treatment that blackens the main plate and bridges. The chronograph indications feature a central-sweep seconds hand, a 30-minute counter at 3 o’clock, and a 12-hour counter at 9 o’clock, in addition to a flyback function, which allows you to reset the chronograph hand to zero to start timing again with a single press of the push piece. On the dial, stylized red and white 9 and 12 numerals evoke the numbers painted on the racing cars in the series, which will run again next year. (www.blancpain.com)