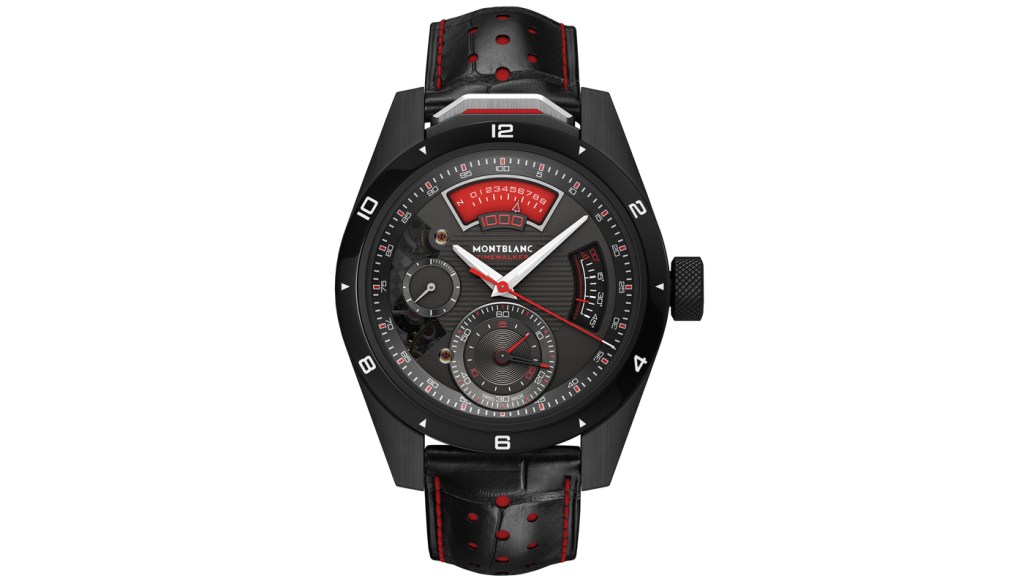 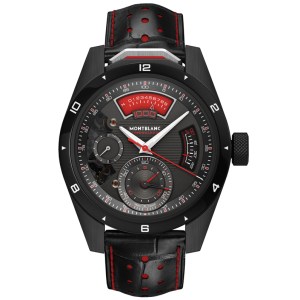 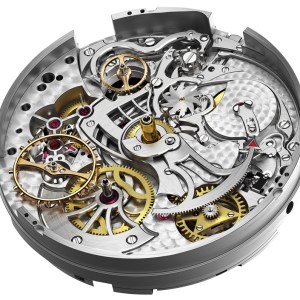 The precision of Montblanc’s TimeWalker Chronograph 1000 is determined by the speed of its parts.

Dressed in black and gray with bold red accents, Montblanc’s newly redesigned TimeWalker collection takes cues from certain vintage timepieces by Minerva, a maker of stopwatches and chronographs that was purchased by Montblanc in 2006. Of the series’s many new models, the Montblanc TimeWalker Chron­ograph 1000 Limited Edition 18 (about $185,500, 800.995.4810, montblanc.com), with its ability to measure one thousandth of a second, is not just the most complex; it also best embodies the heritage of Minerva, which was known for innovative stopwatches with extremely small divisions of time.

The movement inside the TimeWalker Chronograph 1000 is actually a refinement of a mechanism that the Spanish watchmaker Bartomeu Gomila developed for Montblanc’s Villeret manufacture (formerly Minerva) in 2012. Like other modern chronographs built to measure small fractions of a second, the watch relies on two balances: one at a conventional 2.5 Hz for normal time indication, and another—now regulated by two opposed hairsprings—running at a speed of 50 Hz for the chronograph. The enormous power consumption and wear generated by this high-speed assembly means it is only practical to run them when the chronograph is engaged. A long lever, nicknamed “the whip” for its rapid movement, holds and releases the 50 Hz balance when the chronograph is engaged.

Reading the elapsed time is an even more delicate high-speed operation. The 50 Hz balance drives a 10-bladed thousandths wheel, which makes 10 complete rotations each second. Each of the blades has an additional 10 steps on its edges that are read like the time-recording snails in a minute repeater but at a much higher rate of speed. A watchmaker must carefully adjust the mechanism in order for it to mechanically read the thousandths wheel and the information that is then displayed on a scale at 12 o’clock.