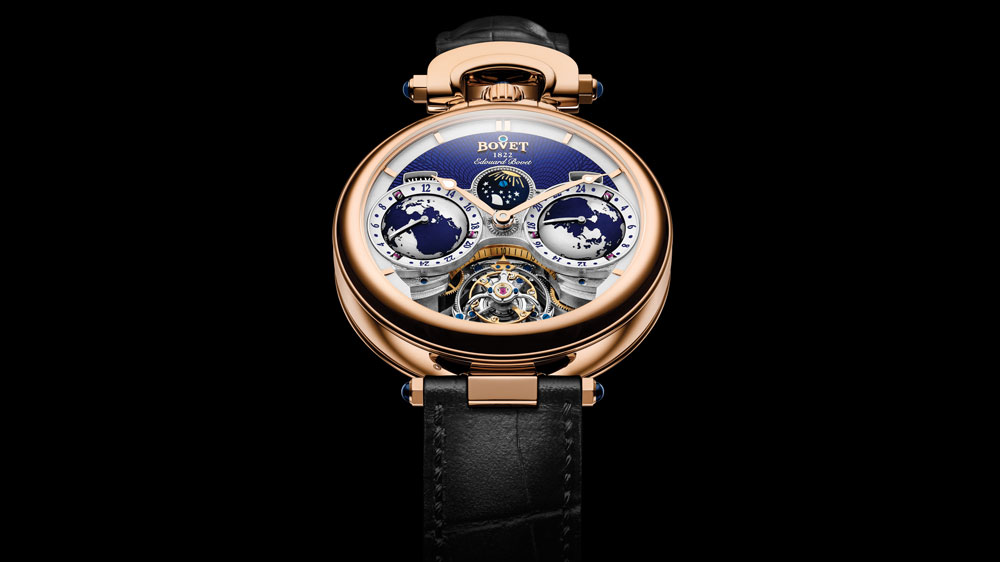 Pascal Raffy sounds like a proud new father when discussing Bovet 1822’s latest timepiece. “Only when you have the baby in your hands,” he says, “will you truly understand.” The baby in question is the Swiss watchmaker’s latest timepiece, the Edouard Bovet flying tourbillon with triple time-zone indication. The descriptor Raffy uses, however, is no mere sobriquet. He applies his paternal touch to every aspect of the Geneva-based boutique brand he bought in 2001—especially its watches.

Released at the Salon International de la Haute Horlogerie luxury watch fair in January, the Edouard Bovet tourbillon ($330,800 to $456,800) is a reinterpretation of the Rising Star—another triple-time-zone tourbillon that the brand built 6 years ago, which quickly became its most successful model to date. The changes in the new model are incremental, but they were carefully conceived to produce maximum value for the owner. The new movement’s power reserve has been upgraded from 7 to 10 days, and a double-​side flying tourbillon has been introduced to emphasize the delicacy of its suspension. The second and third time zones are now displayed on two titanium hemispheres with luminescent painted oceans, to accentuate the travel functionality.

Like most of the brand’s other models, this one can be converted into a pocket watch. Raffy is particularly enthusiastic about the curves he has given the new timepiece’s case, which sheds the boxiness of previous models and comes closer to the brand’s heritage in 19th-century pocket watches.

Raffy’s parental pride in these improvements is warranted—as is his fondness for familial references. “It was my grandfather who first taught me very deliberately to appreciate watches,” he says. “Since then, everything I do in these watches is for the pure pleasure of the collector.”