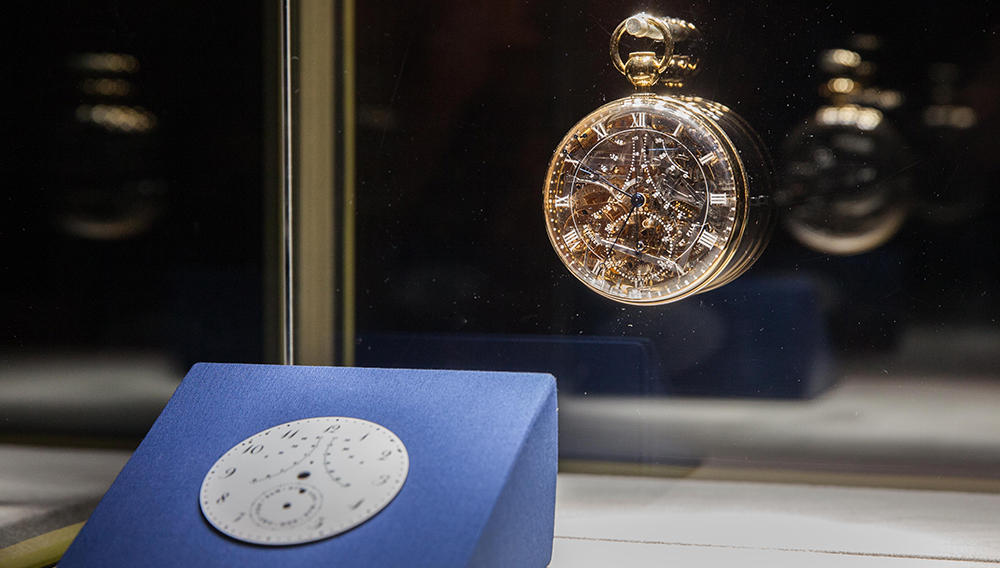 Today marks the 33rd anniversary of history’s greatest watch heist. Here is the sordid story of the theft and eventual recovery of the Abraham-Louis Breguet watch commissioned for Marie Antoinette.

At 6 am on an inky black morning in May 2008, police officers pounded on the door of a nondescript Tarzana, Calif., home, armed with a search warrant. After scouring the residence of Nili Shamrat, a Hebrew teacher at Shalhevet High School (a Los Angeles–area parochial school), officers found watches, Islamic artifacts, and oil paintings—many of which had been stolen from Jerusalem’s L.A. Mayer Museum for Islamic Art some 25 years earlier. The items had been snatched on April 15, 1983 by Shamrat’s husband, Na’aman Diller, a notorious Israeli thief who confessed his crimes to Shamrat in 2003 while on his deathbed. After questioning Shamrat for three days, police began to unravel a decades-old mystery that bookended the 1983 Queen Marie Antoinette No. 160 watch heist, the most expensive horological theft in history and one that had gone unsolved for a quarter of a century.

The tale of intrigue begins in 1783, when an anonymous patron tapped legendary watchmaker Abraham-Louis Breguet to create a pocket watch for Queen Marie Antoinette. Although the individual’s identity was never definitively ascertained, many believe it was her alleged lover, the Swedish soldier Count Hans Axel von Fersen. The pair met at a ball when they were teenagers and remained close throughout the queen’s tumultuous life. (Count von Fersen even made two unsuccessful attempts to rescue Antoinette when she was imprisoned at the end of her life.) Chroniclers disagree about the exact nature of their relationship—historian Hilaire Belloc wrote that their relationship was platonic; biographer Stefan Zweig maintained they were secret lovers. But this much is certain: The commissioned watch was the grandest and most complicated timepiece of its day.

Breguet was instructed to make the watch as spectacular as possible, incorporating the fullest range of horological knowledge into the timepiece. The resulting 60 mm watch—known as “the Queen” and now valued at over $30 million—was sheathed in gold and sapphires. The automatic watch featured an astounding 23 complications and 823 parts, including a clear-crystal dial, a full perpetual calendar, a jumping hour hand, and even a metallic thermometer. Its plates, bridges, and bars were all made from gold. Because of its enormous complexity, the watch was not finished until 1827—34 years after Antoinette’s death and 44 years after it was commissioned. After passing through a variety of hands, the Queen ultimately landed at the L.A. Mayer Museum of Islamic Art in Jerusalem, where it remained for nearly 10 years.

On the evening of April 15, 1983, the priceless horologe, along with dozens of the museum’s most valuable artifacts, vanished. Somehow aware that the alarm system was broken, the robber (or robbers) shimmied in through a tiny 20-inch window and carted off over 100 watches and music boxes, leaving the guards who were stationed in a different part of the museum none the wiser. The daring heist stunned the art world and baffled the police, while conspiracy theories began to circulate. Had it been an inside job? Had a collector orchestrated the pilferage? Or was the thief an unconnected outsider? Despite following thousands of leads, investigators made no headway on the mysterious robbery, and the case went cold.

Twenty-five years later, a bizarre series of events led to the Queen watch’s recovery. In 2006, Shamrat (upon learning the location of Diller’s loot during his deathbed confession) attempted to anonymously sell the stolen goods back to the museum through a third-party lawyer. However, a paper trail from the Tel Aviv warehouse where the watches had been stowed led officers to her residence. Questions erupted. Was she a well-meaning widow or a willing accomplice? Why did she attempt to sell the stolen items instead of simply returning them to authorities? In a letter written to Shalhevet High School (from which she was fired because of the scandal), Shamrat noted she had no knowledge of the crime until the last year of Diller’s life. “What has been called a criminal conviction against me is misleading,” she wrote. “I was found with a few items that happened to be stolen, which I inherited from my deceased husband…my story falls under the category of ‘no good deeds go unpunished.’” She also added that the sensationalist stories written about her in the press had little merit.

Despite being an initial suspect in the case, Diller had never been questioned because records indicated he had been abroad at the time of the heist. Police eventually discovered his alibi was a sham. A master of obfuscation, Diller had forged papers to make it appear as though he had been out of the country at the time of the robbery. A skilled criminal, the wiry Israeli native first made a name for himself with a string of high-profile robberies in the 1960s and 1970s. One of his most daring thefts saw him spend five months digging a tunnel from a nearby street into a bank (under the guise of working for an engineering firm) in order to steal thousands of dollars in cash, diamonds, and jewels. He was eventually caught and sent to jail for the stunt.

Yet Diller was never apprehended for his most audacious crime. Because he did not attempt to sell the Queen, investigators have long speculated that he simply loved the thrill of a good heist. Or perhaps he was a watch aficionado in his own right. Several of the recovered watches contained diagrams and handwritten notes from Diller with detailed instructions on how to take them apart, wind them, oil them, and reset them—giving credence to the idea that he truly cherished the stolen treasures.

Following its recovery, the watch was returned to the Mayer museum, where it safely resides to this day. And although the case has been solved, the fascinating tale of Diller’s carefully calculated robbery, like the Queen itself, will stand the test of time. (breguet; legionofhonor.famsf.org)