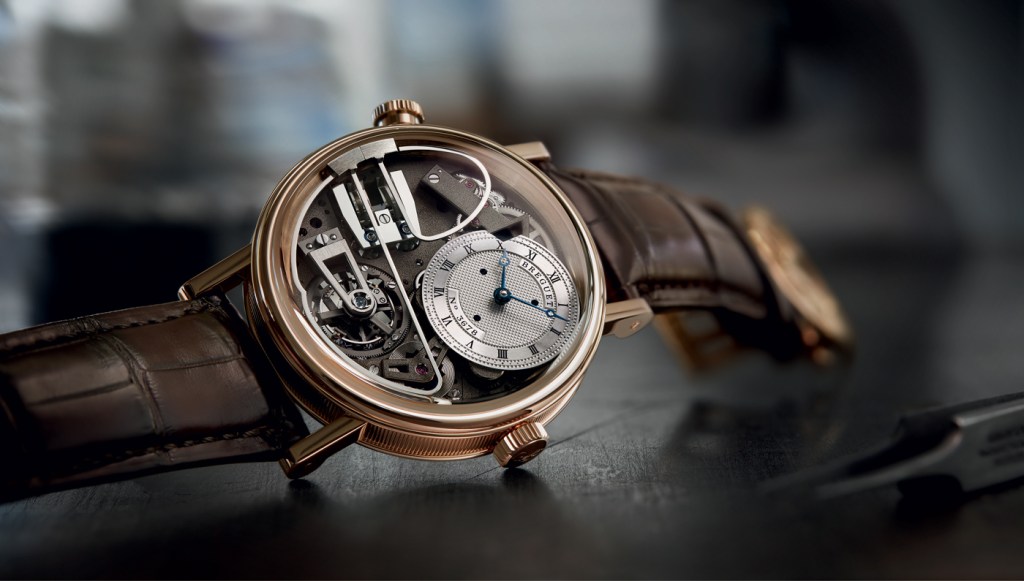 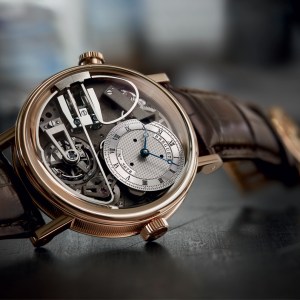 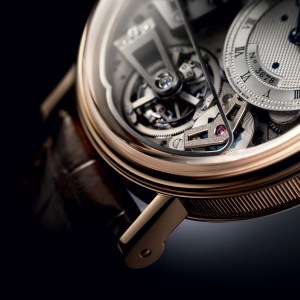 “We wanted to choose the sound and then develop the watch around the sound, and not the other way around,” says Nakis Karapatis, vice president and head of operations for Breguet (breguet.com). The methodology he describes makes its appearance in the company’s Tradition Minute Repeater Tourbillon 7087, a watch that was unveiled in 2015 but underwent significant subsequent refinement before reaching the market this year. Like other Tradition watches, it is a visual feast of updated Enlightenment-era constructions, but its most interesting feature is the remarkable level of sound engineering.

In an about-face from traditional minute-repeater construction, in which the major tuning is done by the watchmaker, much of the Tradition’s sound is designed at the computer. The developers selected the sound from a large database, then designed the parts to produce that frequency. The watch retains hammers and gong springs—Abraham-Louis Breguet’s seminal contribution to repeaters—but with distinctive vertical hammers and off-round gongs. The bezel, crystal, and a resonant cavity are designed to propagate sound, resulting in a roughly 15 percent increase in loudness.

Conversely, the plates and internal pillars are designed to dampen sounds other than the primary frequency. The result is a chime that sounds remarkably pure, but without the harmonic frequencies that can add perceived richness in the best traditional repeaters. For some collectors drawn to the watch’s technical content, which Karapatis terms “vibro-acoustic design,” the sound may dovetail perfectly.