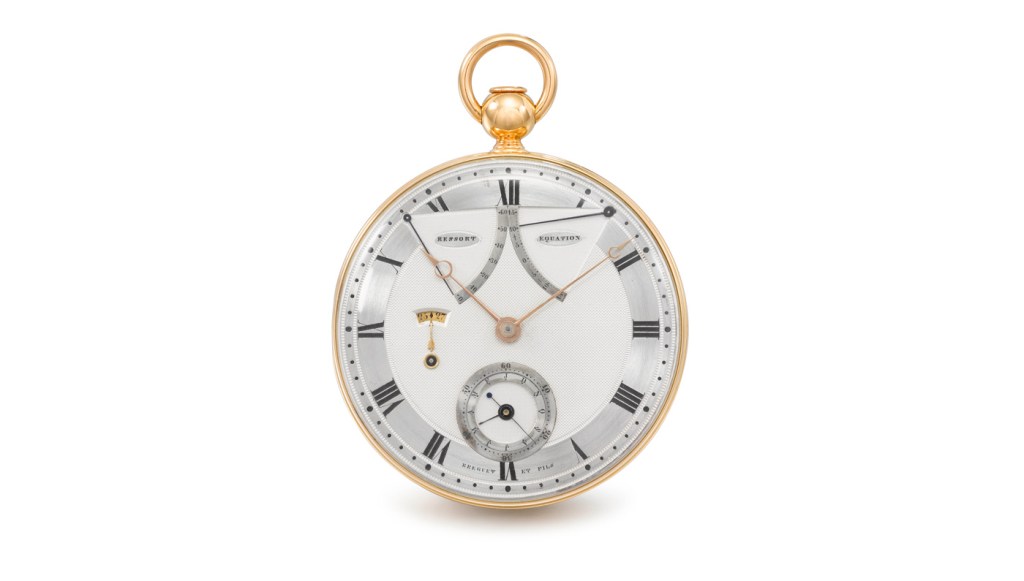 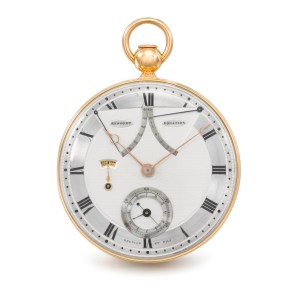 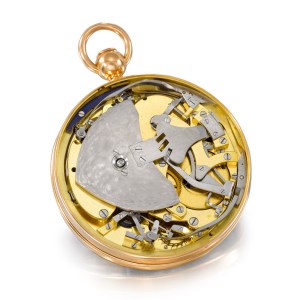 One of watchmaker Abraham-Louis Breguet’s most famous pocket watches just sold for a record-breaking price at a Christie’s sale in Geneva, Switzerland. Part of Breguet’s rare self-winding perpétuelle series, the No. 217 pocket watch has the following complications: day and month calendars, power reserve, and an equation of time indication (the difference between solar time and mean solar time.) Between 1790 and 1830, only 15 watches with equation of time indications were created, only two of which were known to have been from the perpétuelle series—No. 217, and the complicated Marie Antoinette watch, which was pocketed by an Israeli thief as part of a heist that remained unsolved for over two decades. Formerly owned by one of Napoleon’s generals and then Charles-Louis Havas, the founder of the world’s first news agency, the complicated No. 217 watch has a lengthy and fascinating history. At the sale, a private Swiss museum bought the watch for around $3.3 million, making it the most expensive timepiece of the Geneva spring season. (christies.com)