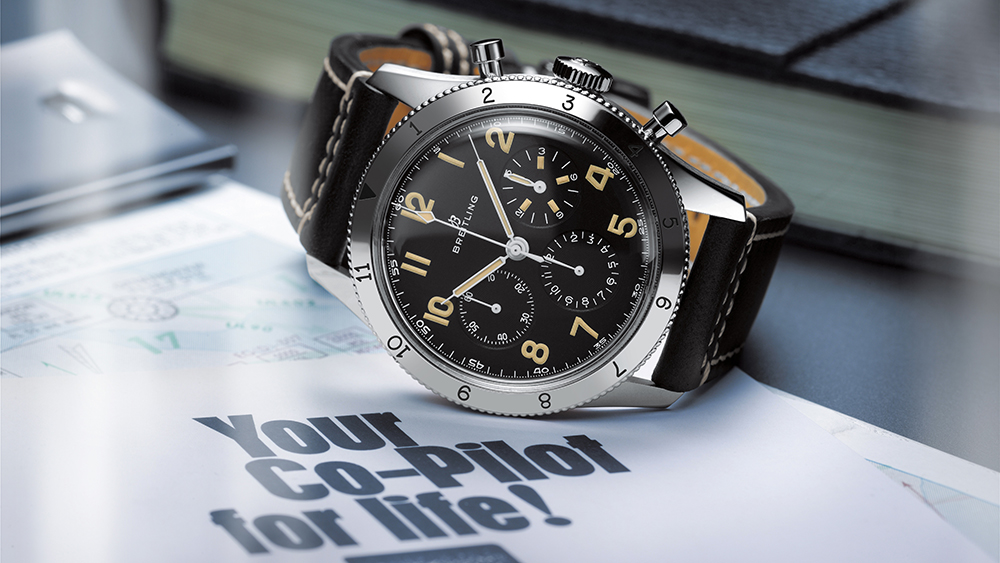 For many Swiss watchmakers, the past is more than prologue—it’s the whole dang story. Exhibit A: the new AVI Ref. 765 Re-Edition from Breitling, a faithful reproduction of a famed 1953 Breitling pilot’s watch (AVI stood for “aviation”) known as the “Co-Pilot.” Known for its legibility and relatively streamlined aesthetic, the piece was originally designed to evoke cockpit clocks of the era.

It’s not the first time Breitling CEO Georges Kern has mined the brand’s archives for a modern take on its historic timepieces. In 2019, Breitling came out with the bestselling Navitimer Ref. 806 1959 Re-Edition, an homage to the watchmaker’s most iconic model.

“Everything is based on history,” Kern said on the brink of its release.

In the case of the AVI Ref. 765 Re-Edition, the truth of that statement is evident in the details, which closely mirror those seen in the 1953 original. They include an identical 41.1 mm stainless steel case; a bezel featuring three screws placed in the same positions as those on the original Co-Pilot; the same Arabic numerals, coated with Super-LumiNova to match the color of the luminescent material on the original; thin syringe hands that exactly match those on the earliest examples; and a domed hesalite crystal fashioned in the same shape as the 1953 model.

Limited to 1,953 pieces, each engraved “One of 1953,” the contemporary re-edition—which comes on a black vintage-inspired leather strap—is equipped with the Breitling Manufacture Caliber B09, a manually wound mechanical chronograph movement. Unlike the original, the 2020 version is water-resistant to 3 bar (30 meters/100 feet) and no longer features “GENEVE” on the dial.