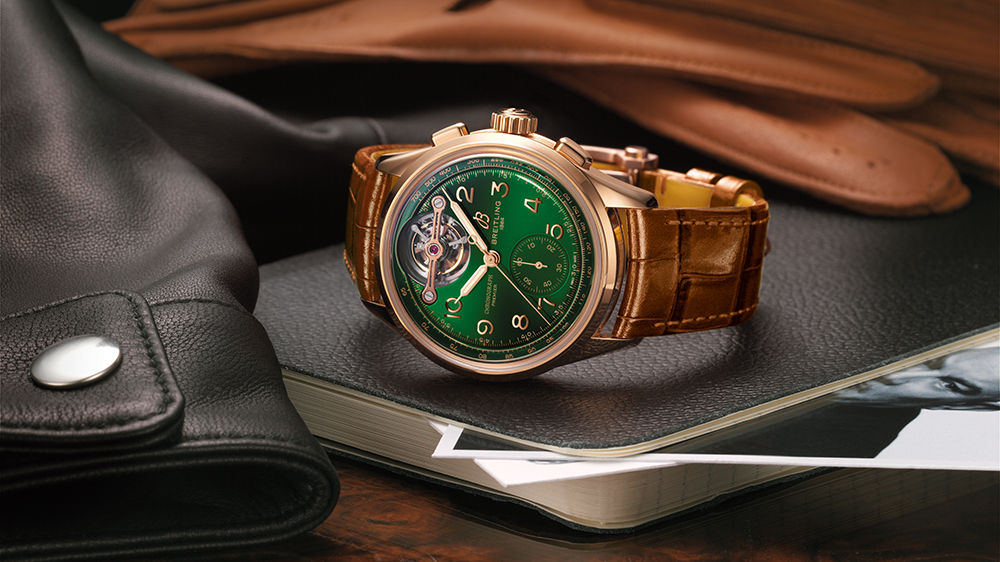 After nearly two decades, the union between two of the biggest names in luxury, Breitling and Bentley, looks as strong as ever.

Earlier this week, the watchmaker unveiled its latest collaboration with the legendary marque, the Premier B21 Chronograph Tourbillon 42 Bentley Limited Edition. Not only is the new timepiece one of the most exclusive the two brands have worked on, it also references the very beginning of the partnership.

The watch’s tourbillon case, placed at 12 o’clock, is inspired by the on-board clock the watchmaker designed for the Bentley Continental GT back in 2002. It’s also a reference to Willy Breitling, the grandson of the watchmaker’s founder, who patented the two-pusher chronograph and designed its original Premier wristwatch in the 1940s. Limited to just 25 pieces, the Premier B21 Chronograph Tourbillon features a 42 mm case made of 18-karat red gold with a transparent case back, square pushers and a gold-brown alligator strap. The real highlight, though, is the tourbillon caliber and cage that can be seen through the timepiece’s distinctive British racing green dial. That COSC-certified movement has a 55-hour power reserve and is water-resistant up to 100 meters.