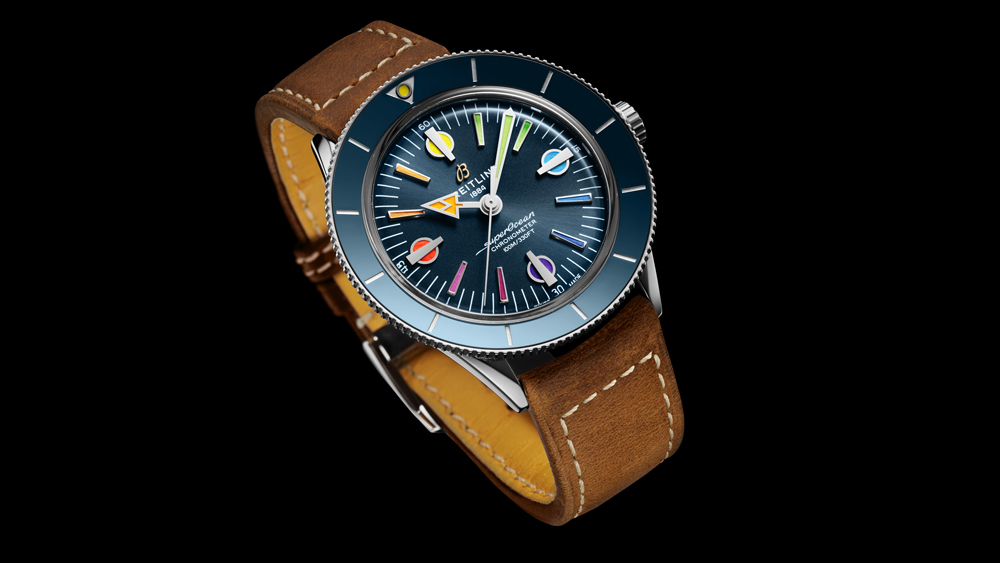 If you couldn’t get your hands on Breitling’s hot new Rainbow watch when it sold out last month within hours of its release, now is your chance. After the success of the first limited-edition run of 250 pieces, CEO Georges Kern told Watches of Switzerland in an Instagram Live chat that he wanted to make a version with proceeds going to support frontline heroes (the rainbow has become a symbol for healthcare workers in the U.K. during the Covid-19 crisis). Less than a month later, it’s already come to fruition.

Breitling already made a donation to charities in countries hit hardest by the pandemic and is donating and extra CHF 1,000 (approximately $1,029 at current exchange) for each of the first 100 Superocean Heritage 57 Limited Edition II watches sold on their website for a total of CHF 500,000 (approximately $514,616) to be split equally among six charities (Fondation de France in France, Humanitas in Italy, The National Center for Global Health and Medicine in Japan, The Ministry of Health in Spain, NHS Charities Together in the U.K and Direct Relief in the U.S.). The Swiss watch company is also encouraging its retail partners to donate to the organizations.

The new limited edition is likely to sell out as quickly as the first, but there will be a final opportunity to get your hands on one through an auction being organized by Charitybuzz in June. The winning bidder will not only get Breitling’s latest rainbow but will also have a live digital chat with the brand’s ambassador and pro-surfer Kelly Slater. The proceeds will benefit the U.S.-based charity, Direct Relief.

“We were amazed by the popularity of the Superocean Heritage ’57 Limited Edition, which told us that we could do something for the incredible healthcare workers,” said Kern in a press statement. “They have sacrificed so much and we wanted to make it clear how much we care with this new version of our own rainbow.”

Breitling only just reopened its manufacture at the beginning of last month, which is a testament to how speedily it can turn out more editions when the occasion calls for it. Fortunately, this time the company’s pot of gold benefits those in need.