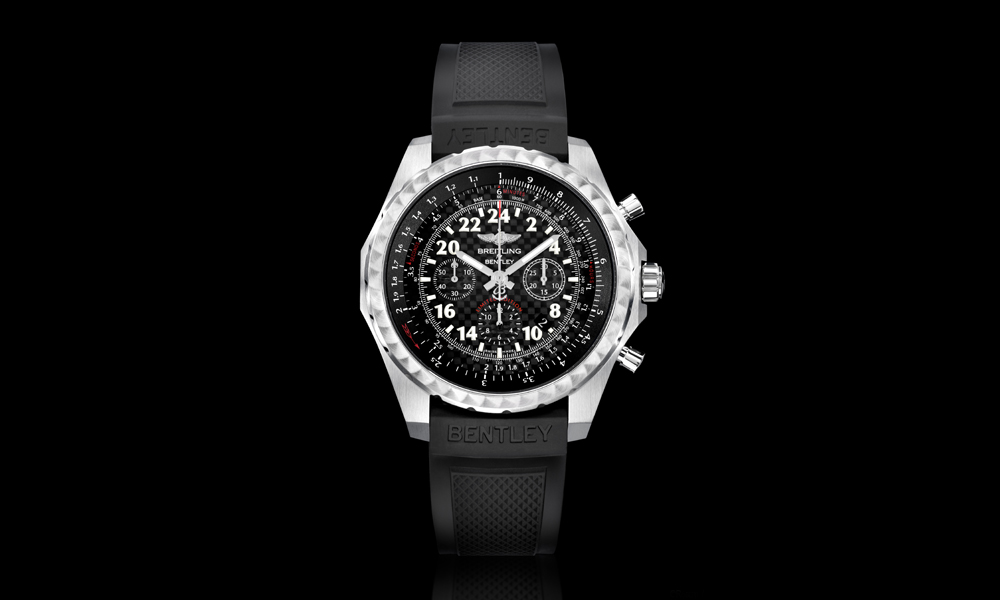 In celebration of the tenth anniversary of Bentley’s historic first- and second-place finish at the legendary 24-hour race at Le Mans in 2003, Breitling has created the Breitling for Bentley 24 H Limited Edition timepiece. The venerable Swiss watch manufacturer unveiled the timepiece during Monterey Auto Week, the premier automotive experience held annually in Northern California.

“Just as Breitling had the good fortune to work with Bentley when they won the historic Le Mans 24-hour race ten years ago, it’s a privilege to commemorate that day with the Bentley 24 H,” said Breitling USA President Thierry Prissert, “Its construction and 100% in-house movement mirror the beauty and craftsmanship of a Bentley vehicle, and reflect the history of the significant victory.” 2003 was not only the year Bentley made its triumphant comeback on the track of the Le Mans 24 Hours race by winning the two top spots; it also marked the start of the beautiful Breitling for Bentley adventure, a collection created by blending the grand art of British car making with the tradition of fine Swiss watchmaking. Ten years later, the Breitling for Bentley collection has become the perfect combination of British chic and Swiss excellence: popular timepieces with a blend of elegance and performance, power and style, sportiness and refinement.

Breitling continued to push the boundaries of power, precision and performance by introducing three exceptional Breitling for Bentley mechanisms at the prestigious BaselWorld in Switzerland earlier this year. Each of the pieces is equipped with Manufacture Breitling movements entirely developed and produced in house. The limited edition Bentley 24 H timepiece is a treasured addition to this collection — entirely designed and developed in the Breitling Chronométrie workshops with all the expertise of the chronograph and technical watch specialist. Each of the four in-house engines combines peerless performance with innovative and user-friendly functions.