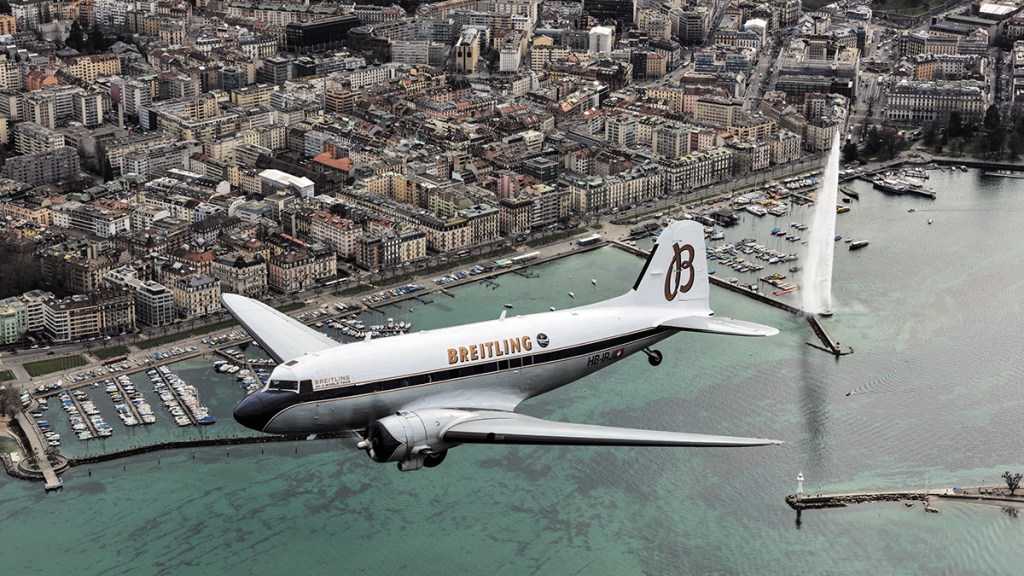 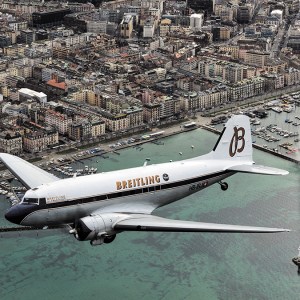 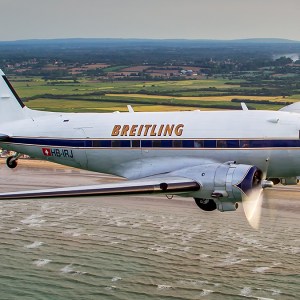 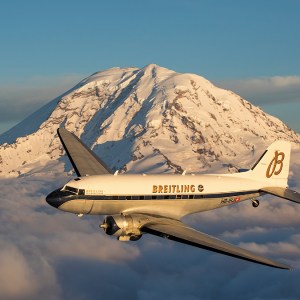 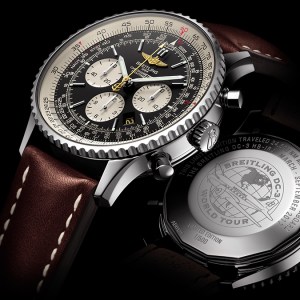 Over the next two months, this beautiful Breitling-backed Douglas DC-3 airliner will be making 12 more pit stops throughout the United States and Canada as it inches its way closer to being the world’s oldest plane to circumnavigate the globe. The plane touched down in Seattle this past week after completing its passage over eastern Europe, the Middle East, and Asia.

The plane and its support team is scheduled to pass through San Francisco, Los Angeles, Phoenix, Houston, Dallas, St. Louis, Oshkosh, Chicago, Toronto, New York and Boston before making its way back overseas in time for the Breitling Sion Airshow in mid-September. The tour marks the 77th anniversary of the iconic plane that forever changed the world of air transportation.

Given its strong ties to aviation, Breitling is also commemorating the occasion with a limited-edition Navitimer, all 500 of which have been onboard the DC3 since the start of the journey. The 46 mm classic chronographs are powered by the Manufacture Breitling Caliber 01 automatic movement and sport a Breitling DC-3 World Tour logo engraved on their caseback. Each watch will also come with a certificate signed by the flight’s captain. In a world filled with special limited editions, the fact that these watches were along for the record-breaking flight certainly helps them stand out from the pack.

The particular DC-3 being flown on this journey has an interesting story of its own, having been delivered to American Airlines in 1940 before being appropriated by the United States military from 1942 until 1944. It then returned to commercial service, logging 74,500 flight hours along the way. With Breitling’s support, the DC-3 was faithfully restored by a group of aviation enthusiasts who have exhibited it at various airshows around the world.

Follow @RobbReportWatchCollector for images and updates from the world of watchmaking.