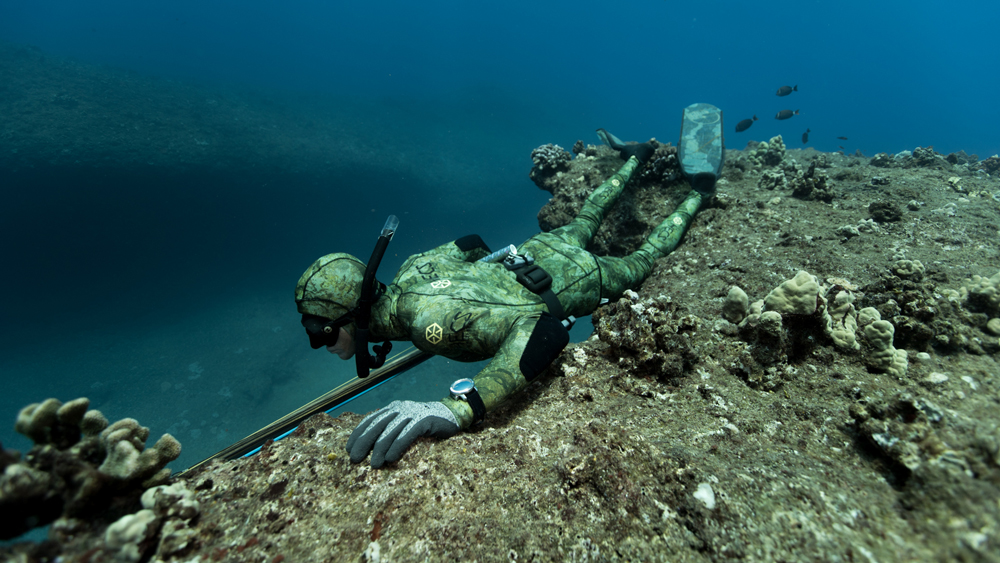 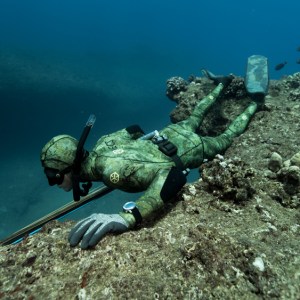 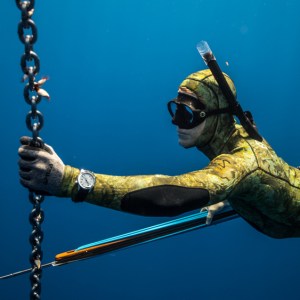 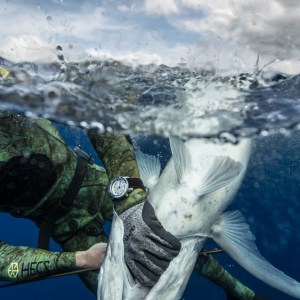 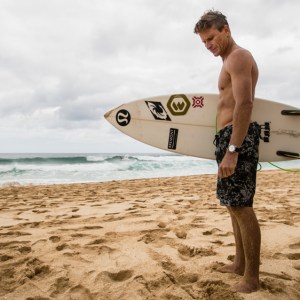 Dubbed “the greatest athlete you’ve never heard of” by Outside Magazine, the big wave surfer, free diver, spear fisherman, and ocean environmentalist Mark Healey is the ultimate water man. Now, the sobriquet is official thanks to his partnership with British watchmaker Bremont, which unveiled the Bremont Watermanr, a limited-edition dive watch, in Los Angeles on June 7, on the eve of World Oceans Day.

“There is no one who respects the strength, beauty and fragility of the oceans more than him; he really is a waterman in every sense of the word,” says Nick English, who co-founded Bremont in 2002 with his brother, Giles English. “Mark has been testing the Bremont Waterman down to depths of 50 meters, whilst holding his breath for minutes at a time, and equally whilst riding the likes of Jaws, one of the biggest waves in the world.”

Although the 43 mm stainless steel watch has all the features of a serious dive model—including a unidirectional rotating bezel with Super-LumiNova, an automatic helium escape valve and crown protector, and water resistance to 500 meters—Giles cites the model’s handy GMT functionality, emphasizing that it’s intended to be worn as a daily watch by anyone who appreciates its rugged styling.

“It’s a diving watch, but it’s really a celebration of the water,” Giles says. “It’ll hold its value and it’s a bit different.”

The brothers unveiled the model in the midst of their West Coast Bremont English Tour—a 1,000-mile-plus road journey that began in Phoenix on June 5 and culminates in San Francisco on June 15—during which they teamed up with Healey, who’s based on the Hawaiian island of Oahu.

The road trip—which has Nick driving a 1970 Series II Jaguar E-Type (restored by the brothers’ late father), and Giles driving a 1973 Porsche 911T—is part two of a tradition that began last year when the English brothers shipped the vintage cars from the U.K. to the East Coast and spent 11 days driving from New York City to Dallas, stopping at their retailers’ stores along the way. They kept the cars in storage over the past year and had a friend ship them to Phoenix for the West Coast circuit.

“We’re doing a weekend of cars and coffee events and thought it was a perfect opportunity to get Mark to join us,” Giles says.

Limited to 300 pieces, the Bremont Waterman will be available in stores in August. A percentage of all sales from the watch will be donated to the nonprofit Sustainable Coastlines Hawaii.

“I absolutely believe that people will only protect something if they value it,” says Healey. “And it’s my life’s mission to inspire others to value the ocean the way I do.”