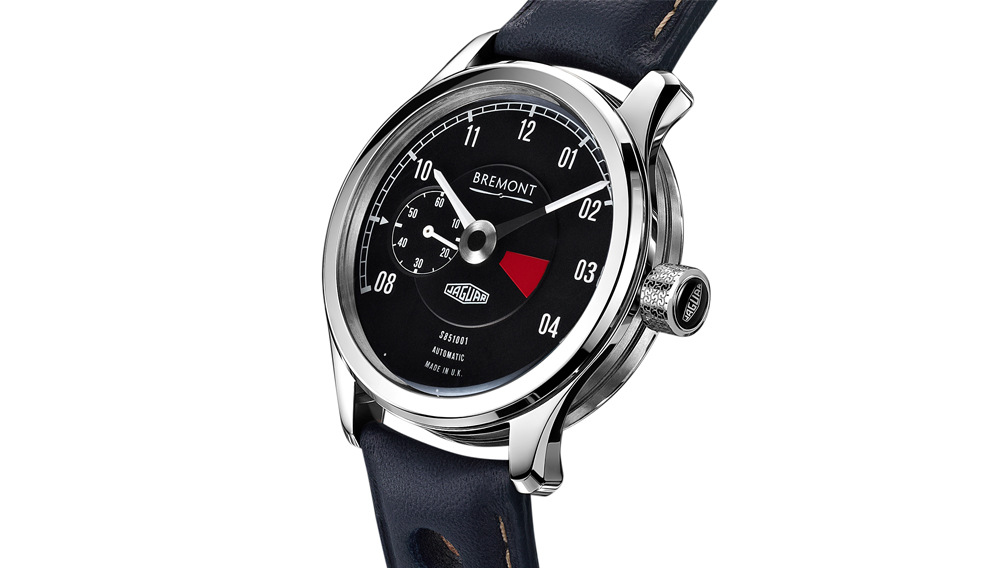 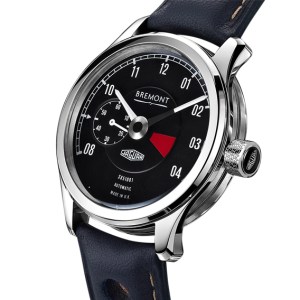 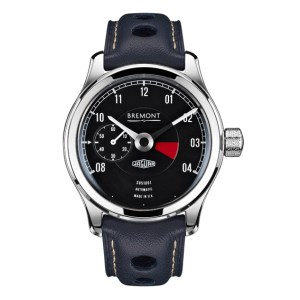 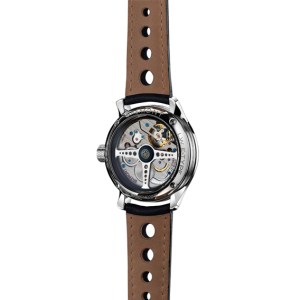 In 1963, Jaguar began work on the Special GT E-Type project, a limited-edition series of special lightweight, aluminum-bodied versions of its E-Type sports car. The company initially planned a run of 18 vehicles, but only 12 were ever completed. Now, more than 50 years later, Jaguar plans to use the six remaining original chassis to finish the project, hand building each car to the original specifications.

In honor of this historic event, Jaguar’s timekeeping partner, the British watchmaker Bremont, is offering a new timepiece to just six owners of these new extremely limited vehicles, the Bremont Lightweight E-Type. The 43 mm watch features a black dial that resembles the cars’ RPM gauge, complete with a redline indicator and watch hands modeled after gauge needles. The central band of the watch’s white-gold case is made from aluminum taken from the new cars’ body panels and will be anodized in the same color as the corresponding car. Further references include a crown shaped like the Dunlop racing tires fitted to the cars and a strap made from the same Connolly leather that is used for the interior trim. The automatic movement’s winding rotor, visible through the watch’s back crystal, has been made to resemble the car’s three-spoke steering wheel and even features a real wooden rim. Bremont is not announcing a price for the watch. (www.bremont.com)