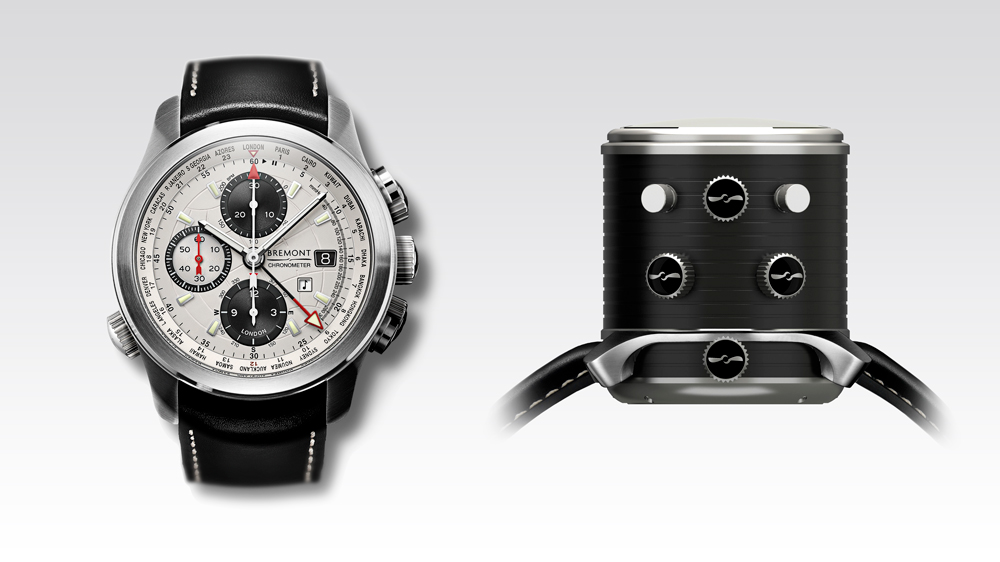 Looking for a watch with “Shark Recognition Technology” built in? You might be in luck. For the last four years, British watchmaker Bremont has created a watch for April Fool’s Day with ridiculous designs or outrageous features. They’ve whipped up everything from a watch with the aforementioned watch tech to the first “Mechanical Smart Watch.”

Some of the watch “prototypes” were actually created for some of Bremont’s press events this year. With each release, Bremont promotes the timepieces both to journalists and on their website and shares a variation of this inquiry email, Oli.Palfrol@bremont.com, a cheeky scrambling of the letters in April Fool. And year after year, Bremont still receives serious inquiries for the timepieces.

The jokes behind the watches are blatantly and purposefully obvious, making fun of repetitive watch industry trends from dive watches and minute repeaters to smart watches and even a play on case thickness with a watch that appears three-inches tall. A mechanical smart watch, for instance, comes with a tiny built-in barometer for telling the weather. Just a twist of the crown and a miniature clockwork ticker tape prints out the latest forecast…right into your hand! For customers looking for the ultimate sailing watch, Bremont created the Bremont Melville—a watch complete with its own windshield wiper. British patriots, on the other hand, might be after the Bremont Wellington. Every evening at 18:15, the mechanical chronometer plays the strains of “Waterloo” from a tiny built-in speaker. But Bremont’s diver watch with Shark Recognition Technology, may have taken the cake. The Bremont FA-UX comes complete with sonar technology allowing its wearer to identify different shark species and it comes with a special feature that will tell you whether a shark is deadly or not—simply hold the watch up to the shark for an accurate reading.

This year Bremont has not announced the release of an April Fool’s watch, instead releasing a playful advertisement (pictured above) but there is still plenty of fun to be had. Below are some of the very earnest inquiries received by Bremont’s “Oli Palfrol” for the Bremont FA-UX.

“Nice try, but it doesn’t quite work as an April Fool for two rather glaring reasons. First, you don’t want to ‘hold the watch up to the shark’ – what if it’s a Great White? You want to ‘point it in the distance’ if anything. Secondly you don’t want to know if it’s a deadly one ‘within minutes’! You want to know immediately! Back to the drawing board.”

“I am an Australian surfer/freediver and this watch would help me excel to my potential in the water. I am very interested, Thanks Mick.”

“I have been looking for something just like this for my mother-in-law.  Is there a ladies model in the range?”

“Oli, what a great idea!  My brother surfs & dives and it would be just the thing to prevent him from coming back from one of his trips. How much? Where can i get one?”

“Dear Oli Palfrol, I was interested  in your latest watch design with its sonar shark-identifying capacity. Too old now, I was once a very keen shark watcher in the chilly waters of the Severn estuary.  Of course in those days I had to rely on the empirical method for assessing a shark ie counting the number of teeth in its lower jaw-an even number indicating a “safe” shark and an odd number, a “uh-oh” shark. This was not at all easy at a distance in cloudy waters.(Or was it the other way round-an odd number of teeth indicating a ‘safe’ shark?  I just forget now.  Suffice it to say I always managed to get it right, ha! ha!)”

“I foresee only one problem with your new watch which your clever R&D chaps will no doubt solve before it goes on general sale.  It presumably works accurately on only one auspicious day in the year…!

I wish it well,