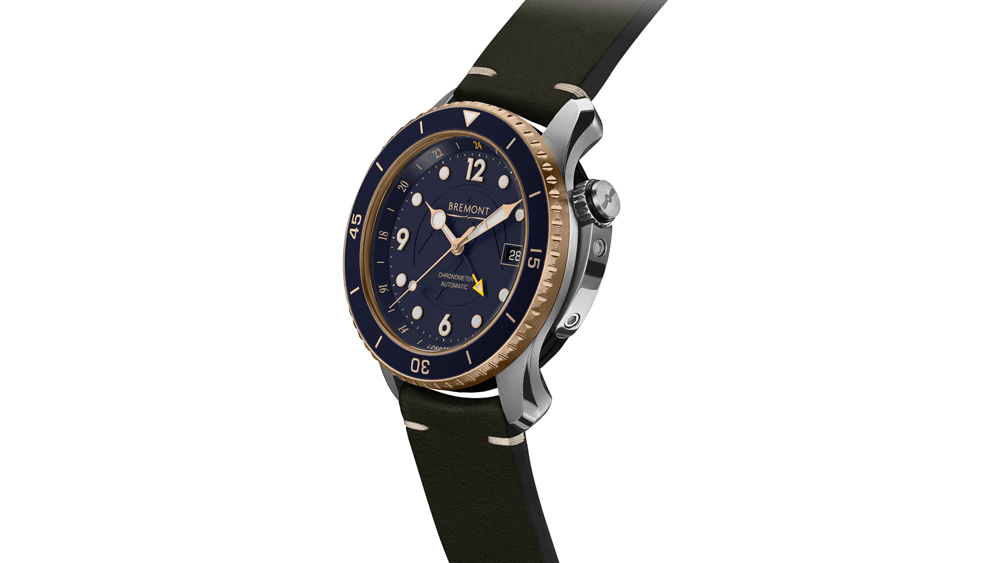 Purja accomplished the ultimate mountaineering feat with the help of the British watch brand Bremont, which just released a wristwatch, the Bremont Project Possible Limited Edition, to commemorate his achievement.

“When he said he was going to climb the 14 highest peaks in a very short period of time, his colleagues said if anyone on the planet is going to do it, it’s this guy,” says Bremont co-founder Nick English. “And he went and did it. We won’t see it again in our lifetime.”

For the first time, Bremont incorporated bronze into the wristwatch, in homage to Purja’s military roots (he served with the Gurkhas).

“It’s very much a military metal, going back centuries,” English says. “We also wanted to keep it light, so we did it in titanium.”

The 43 mm titanium case of the Project Possible limited edition, which is based on the brand’s Supermarine 500 model, is equipped with a bronze unidirectional rotating bezel, bronze hands, a dark blue dial and ceramic blue insert. It features GMT functionality—an obvious choice for a global explorer like Purja—and an open case back offering a glimpse of the rotor, which is inscribed with the heights of each of the 14 mountains Purja climbed, in the order that he summitted them.

Throughout the expedition, Purja wore his Bremont S300, which English says managed to stay remarkably pristine: “When you look at this watch it looks absolutely brand new.”

Limited to only 300 pieces, the Bremont Project Possible Limited Edition retails for $6,695.