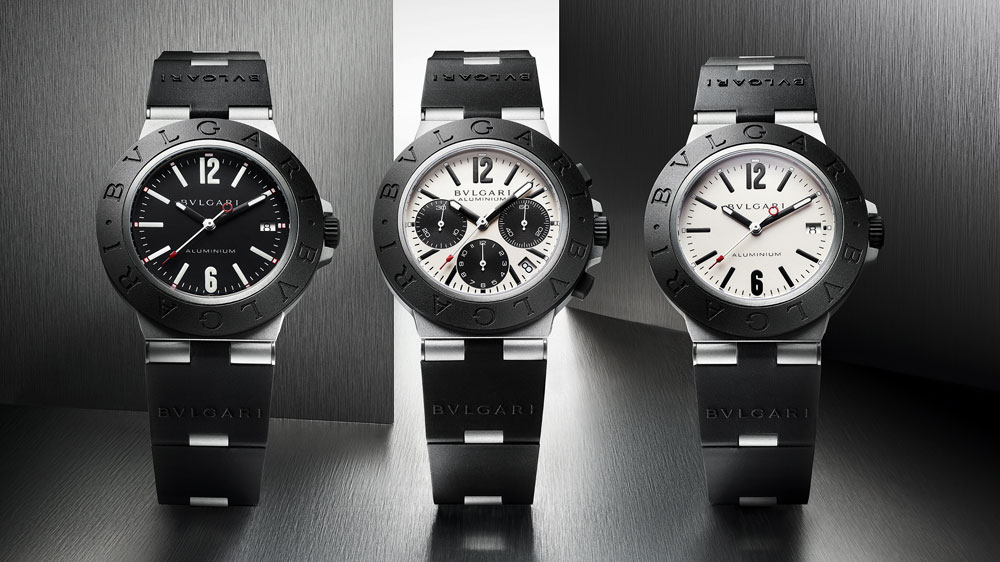 When the pandemic hit Europe in March, Bulgari put its best design foot forward and conceived a new collection aimed squarely at millennial buyers. And this week, at Geneva Watch Days, the brand unveiled three new references, in what may be the industry’s fastest rollout ever.

With Bulgari Aluminium, the Swiss watchmaker revisits a trendsetting model that originally came out in 1998. With its unexpected combination of aluminum and rubber, the first Bulgari Aluminium was almost scandalous in its insistence that unconventional materials could, indeed, be luxurious.

Twenty-two years later, the choice of material is no longer shocking for a trade accustomed to experimental alloys and high-tech ceramics, but its positioning as an accessible, informal timepiece may still elicit surprise in some corners of the luxury universe.

“Fashion and fragrances have done a great job of attracting millennials,” Bulgari CEO Jean-Christophe Babin said on a Zoom presentation on Wednesday. “But we’ve been disconnected from millennial expectations when it comes to new luxury. Bulgari Aluminium is part of the innovation that’s answering that call.”

Bulgari has refined the original model—by reshaping the lugs for a more comfortable fit on the wrist, replacing the quartz movement with an automatic calibre, updating the aluminum alloy on the 40 mm case to be more corrosion resistant and improving on the technical features of the rubber that decorates the bezel and strap. But the sporty design is pure Bulgari.

Available for pre-order on Sept. 1, in two time-only versions, in a white or black dial and a chronograph edition with a white dial, the Bulgari Aluminium retails for $2,950 and $4,350, respectively.

Babin, who described the collection as “authentic” and “cool,” emphasized that the pricing was designed “to be consistent with millennial resources.”

“Bear in mind: It’s an integrated chronograph—it has extremely good value for money,” he said. “Not only is the design attractive to millennials, but it’s a major novelty that we didn’t have in mind when the year began. We’re trying to show that we’re an adaptive brand, trying to think out of the box. If more brands joined the bandwagon of reconnecting with millennials, this industry for sure would benefit.”