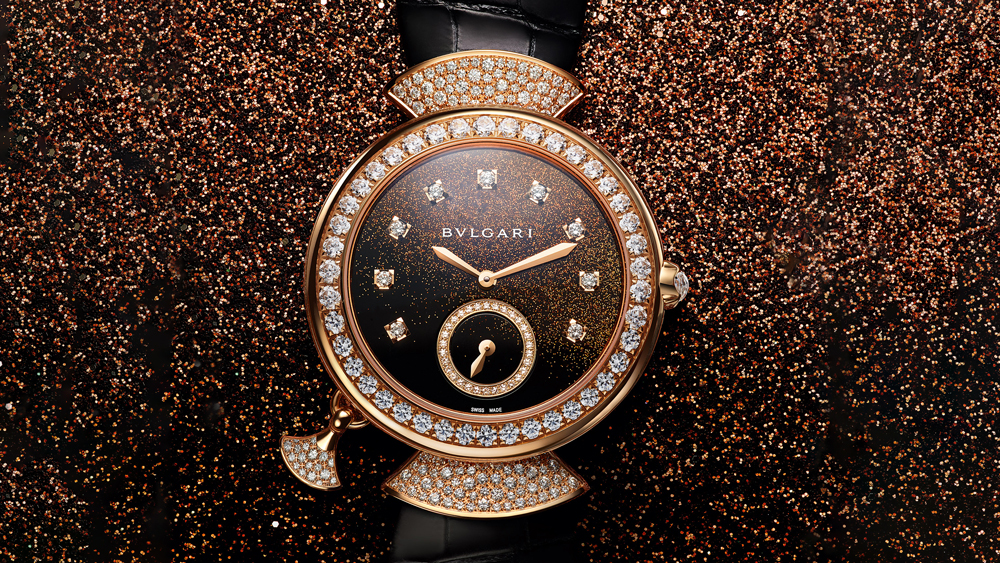 Bulgari has been known for its expertise in jewelry for 134 years, but it has also developed a reputation as a premiere watch manufacturer. In fact, this year marks 100 years of watchmaking for the brand. The epitome of Italian style combined with top-notch Swiss watchmaking expertise, Bulgari timepieces include iconic watch pillars such as the Serpenti for women, and the now-famed Octo for men. While Serpenti offers feminine sensuality thanks to its coiled Tubogas bracelet that snakes around the wrist, Octo is the technical platform for the brand, wherein Bulgari has debuted several world-first accomplishments in watches. With Switzerland’s Baselworld watch fair coming up in March, we sat down with Bulgari North America’s President, Daniel Paltridge, to learn more about the brand’s new direction.

What are the big introductions for Bulgari at Basel?

The key icons over the last couple of years—on the ladies side, the Diva and Serpenti, and on men’s side, the Octo—have had such great success that it gives us impetus to come back and show the new iterations. This year for the first time, we unveiled the first Diva minute repeater watch for women. For Serpenti, we have two-tone steel-and-gold models, which have been in the DNA and heritage of Bulgari for a long time. It dates back to the Tubogas design that was initially put in place about 30 years ago, so we have several iterations of Serpenti that play on mixed metals. We will also have a new campaign launching with super model Lily Aldridge this spring that captures what Serpenti is all about. The collection is sensual and a little bit forbidden in terms of what it represents.

Why has your men’s Octo collection become so important?

We are very proud of the world records we have in Octo with the world’s thinnest tourbillon, minute repeater, and the automatic. Working on these ultra-thin pieces gives the technicians, watchmakers, and the whole team in Switzerland a great amount of pride.

What illustrates Bulgari at its best?
Each moment in our past where Bulgari has had great success is when they introduced something that is a bit unexpected—that stands out as being bold and creative. The aspect of humor is quite important to us—not taking things so seriously, doing things that are sometimes tongue-in-cheek, sometimes a little bit risqué. We are pushing that concept even further this year, surprising people in a fun and interesting way. We have a lot of steam for Basel.