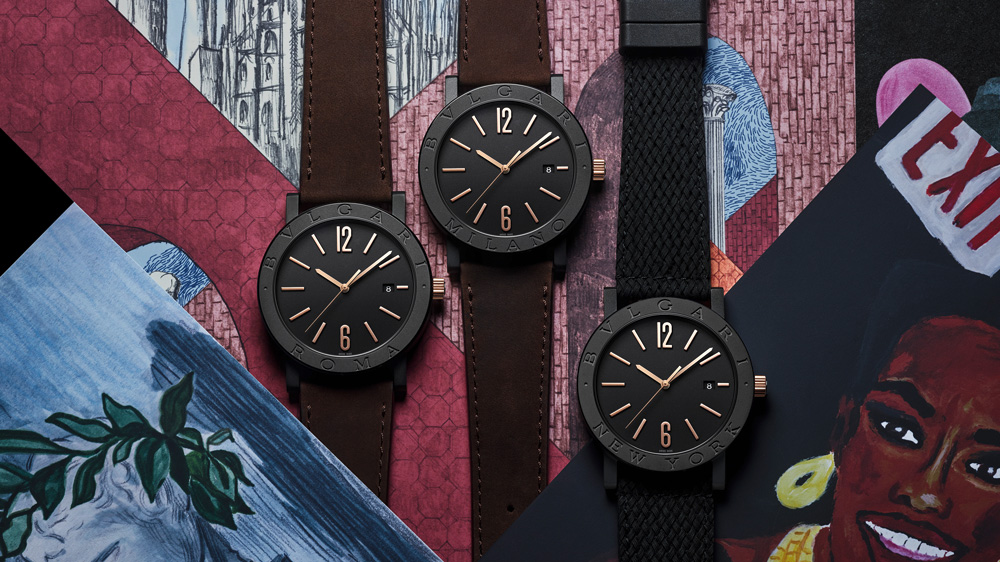 When it comes to watches, Bulgari divides its loyalties between Switzerland and Italy. The former is where the Roman brand manufactures its timepieces, while the latter is where those watches are conceived and designed.

For its newest watch collection, known as the Bulgari Bulgari Cities Special Edition 2020, Bulgari has broadened its allegiances by honoring nine global cities—Rome, Tokyo, Dubai, Paris, London, Ibiza, Milan, Mexico City and New York—that have hosted brand events in the past and are likely to be home to its most ardent fans. Each watch comes in the same 41 mm steel case treated with black DLC and is powered by an automatic movement. The point of difference is that each edition has the name of the city, along with the Bulgari logo, engraved on the bezel.

To truly appreciate the significance of these pieces, it helps to understand the history of the Bulgari Bulgari watch, one of the brand’s pillars.

Marion Fasel, founder and editorial director of the jewelry website The Adventurine and the author of three books about Bulgari’s signature watch and jewelry designs, describes the creation of the Bulgari Bulgari collection as “a happy accident.”

In 1975, Bulgari made a limited-edition watch as a gift for 100 of its best clients. The brand engraved the words Bulgari and Roma on the round yellow gold case—the first watchmaker to do so—in part because the timepiece was digital, and lacked a place to engrave the name on the dial, but also because it “echoed the manner in which emperors and cities had their names encircled on coins,” Fasel says.

The timepiece, which came on a groovy macramé strap reminiscent of antique Roman attachments, was a sensation — so much so that the brand soon issued an analog version. In 1977, that model spawned the first Bulgari Bulgari collection, paving the way for the brand’s entrance into the watch category.

A set of a dozen illustrated art prints created by one of nine talented artists as an ode to each city accompanies each model in the collection.

The pieces come with two straps—brown calf leather and black rubber—and retail for $4,350.