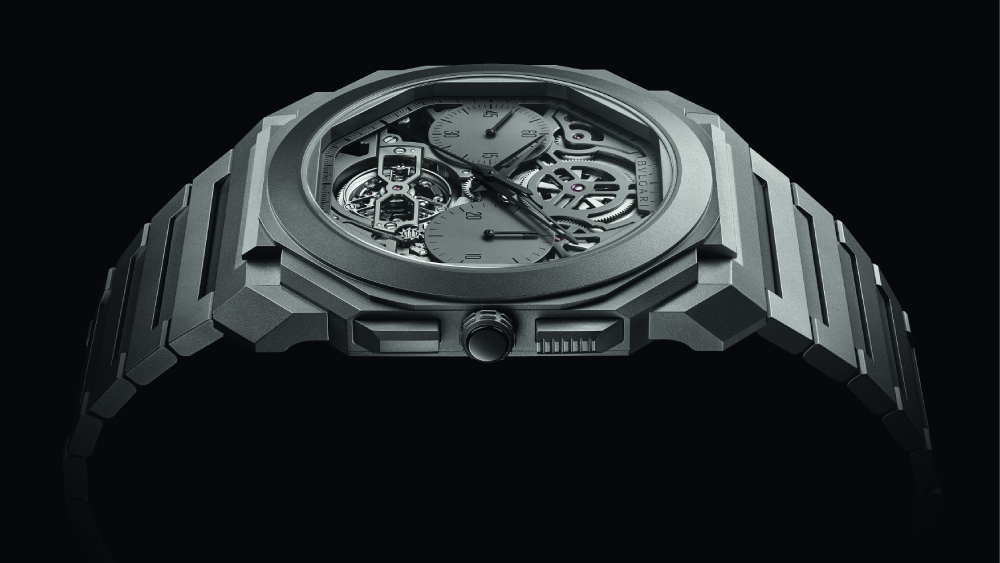 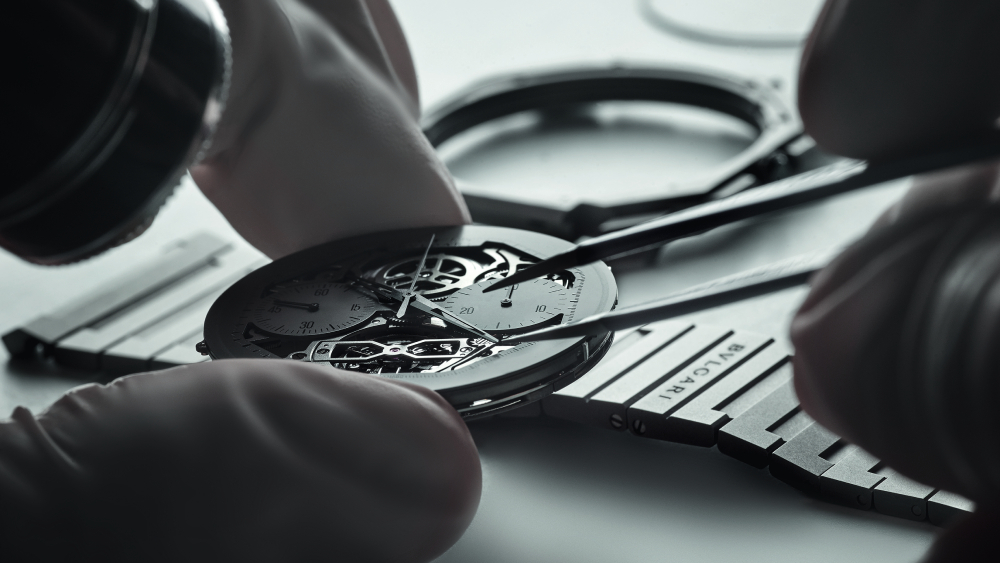 The incredibly thin timepiece operates on a new BVL 388 movement.  Courtesy of Bulgari

In a Zoom conference held Wednesday, Bulgari CEO Jean-Christophe Babin said the goal of the Octo Finissimo was not to be a world-record-setting saga. Although he admits it’s an added advantage, its main aim was to be an elegant accessory that would offer something in the luxury watch arena that felt truly contemporary. Mission accomplished: The Octo Finissimo looks unlike anything else on the market and is as much a feat of design as it is technical prowess.

The latest model, combining tourbillon and chronograph functions into pancake-thin proportions, was hardly as easy as putting two existing ultra-thin functions into one new movement. While the new BVL 388 movement is based on the BVL 288 of the Octo Finissimo Tourbillon Automatic, the caliber had to be designed almost entirely from scratch to fit the two complications together. It took two years of technical development—including incorporating a horizontal clutch instead of a vertical model, and a column wheel (rather than cams) for the chronograph activation—to achieve both a slimmer design and a smoother operation. To incorporate with the chronograph, the new caliber had to use a traditional tourbillon—instead of the flying version found on its predecessor—guided by a pair of bridges rather than a ball-bearing system.

Chronographs normally add major bulk to a movement, but Bulgari’s clocks in at an incredible 1.55 mm. Combined with the tourbillon and the automatic winding system from the BVL 288, the new movement measures just 3.5 mm. But reducing it to bare bones wasn’t enough: The watch (of which only 50 are available) also comes skeletonized in an ultra-light, sandblasted titanium case.

Thinner Than: The iPhone 11