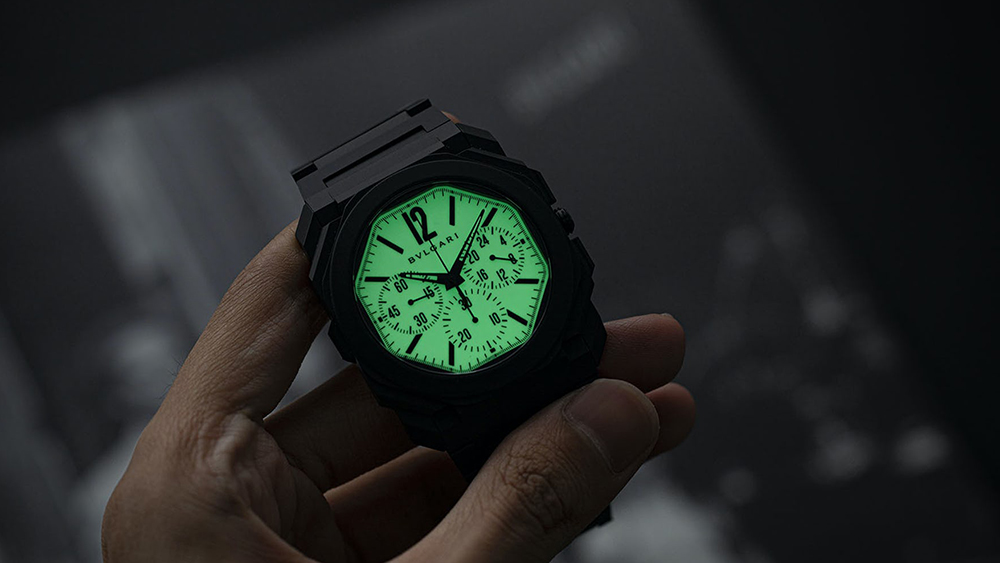 It’s hard not to talk about Bulgari’s latest watch in glowing terms.

The watchmaker recently launched a new black ceramic version of its Octo Finissimo chronograph GMT in collaboration The Rake and Revolution. The trio dropped a “White Light” version just last year, named for its luminous white dial. The latest reference, which features a dial covered in Super-LumiNova, is called the “Nuclear Option.” The watch’s case and bezel are sandblasted for a matte effect that puts the focus on the dial, where you’ll find a 24-hour GMT subdial at 3 o’clock, a 30-minute totalizer at 6 o’clock and a small seconds subdial at 9 o’clock. The watch’s self-winding BVL 318 movement grants owners a power reserve of up to 55 hours. 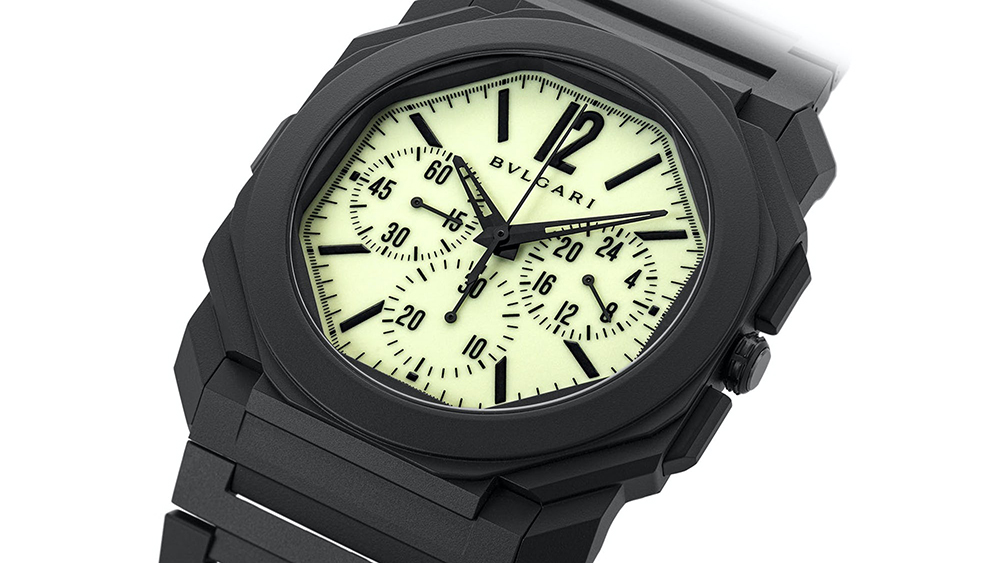 A close-up look at the dial and bezel of the “Nuclear Option” timepiece.  Revolution

The limited-edition release marks the third time Bvlgari’s Octo Finissimo Chronograph GMT has been reimagined for The Rake and Revolution—but it’s the first in their ongoing partnership to be crafted in ceramic. Previous examples have been produced in titanium and brushed steel. And since Bulgari and Revolution’s 2016 watch release, each collaborative reference produced by the trio has featured the manufacturer’s ultra-thin mechanical chronograph. The 3.30 mm movement features a horizontally coupled, column wheel-controlled chronograph with peripheral winding and a second time zone function.

When the “White Light” example was released in 2020, the objective was to create the ultimate tool version of the automatic chronograph. Naturally, tool watches need to have luminous indexes and hands but the model’s 0.3 mm-thick dial proved a challenge. “The indexes and hands were just too thin to be coated with LumiNova,” said Bulgari designer Fabrizio Buonomassa Stigliani in an interview with Revolution.  So, he proposed painting the dial instead, so that all of the indications would stand out in the dark. While sifting through a series of luminous dials during testing stages, a dial that was overlooked for the “White Light” came to Stigliani’s mind. The dial, said to be so bright it resembles an LED screen, is now at the center of the “Nuclear Option.” 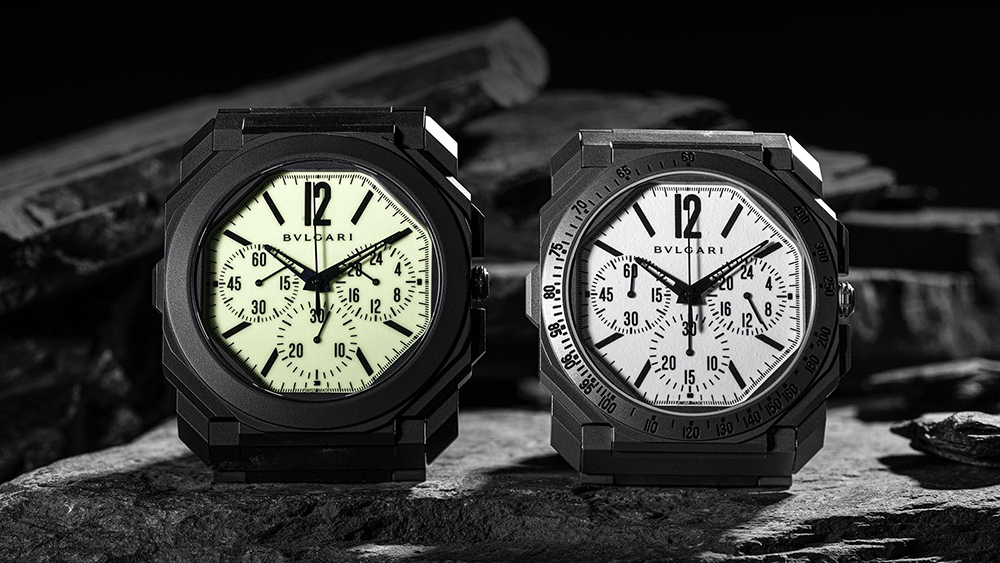 “Because of the hyper luminous quality of the dial, it is not a watch for the faint of heart or anyone who doesn’t want to be noticed in a dark club, bar or restaurant,” says The Rake’s founder, Wei Koh. “It will basically be emitting maximum wattage on your wrist all the time.” If you love to stand out from the crowd, you can order Bvlgari’s Octo Finissimo Ceramic Chronograph GMT “Nuclear Option” now for $19,550. You’ll find the timepiece—limited to 30 examples—over on Revolution’s website.